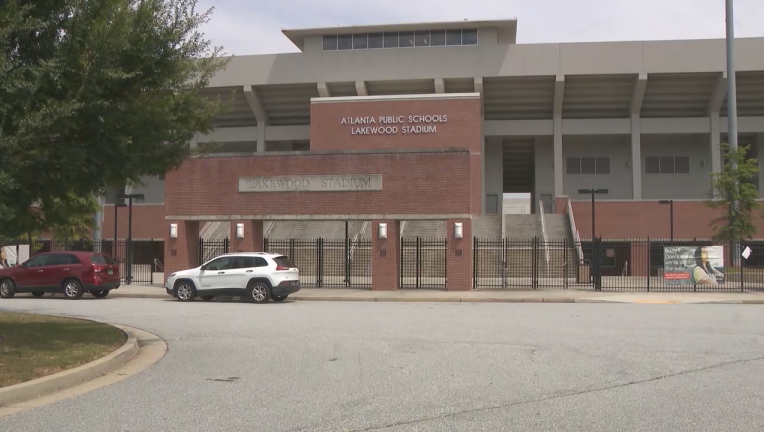 ATLANTA - Police have made an arrest in an August double shooting following a high school football game in southeast Atlanta.

According to the Atlanta Police Department, a 15-year-old male has been charged with aggravated assault. He was taken into custody on Tuesday, then transported to the Metro Regional Youth Detention Center in Atlanta.

The suspect's identity won't be released due to his age.

"I hear that they got a suspect in custody.  It is a little easier because my son's spirits are up more now than it used to be,"  father Gregory Payton told FOX 5's Aungelique Proctor.

Doctors have said the 12-year-old is paralyzed from the chest down and will likely never walk again, but his parents are ready to concede that.

"That is what they are saying, but I am not standing on that because
God is always in everybody's favor, so, I am leaving everything up to God," Mr. Payton told FOX 5 News outside of Children's Healthcare of Atlanta at Scottish Rite.

According to police, multiple fights broke out inside at Lakewood Stadium on Aug. 17 and then spilled out onto Claire Drive as students were leaving a football game between Mays and Carver high schools. That is when police said the teen suspect pulled out a gun and started firing.

The shooting left 12-year-old Isaiah Payton, a Sylvan Middle School student, paralyzed from the chest down. The other child, 15-year-old Damean Spear, was rushed to the hospital in critical condition and was later released.

Police think the suspect was firing at someone else when he struck Payton and Spear, who weren't the intended targets.

“This was a reckless, heartless and cowardly act of violence that forever changed the life of a 12-year-old child and his family and deeply affected another juvenile,” said Chief Erika Shields. “Our investigators have worked relentlessly to make this arrest. I’m immensely proud of their determination in getting this individual off of the street and look forward to them finding the other shooter.”

Mr. Payton was able to take Isasiah to the Georgia Tech-North Carolina football game two Saturdays ago and that lifted his spirits too.

"I am looking forward to him coming home, so we can do more things together like that," Mr. Payton smiled and said.

Investigators believe there was more than one shooter involved. Anyone with information is asked to contact Crime Stoppers at 404-577-TIPS.