One suspect is in custody after a SWAT situation at a Gwinnett County motel early Thursday morning.

NORCROSS, Ga. - One person is in custody after a SWAT situation at a Gwinnett County motel early Thursday morning.

The incident happened at the InTown Suites on the 1900 block of Willow Trail Parkway in Norcross.

FOX 5 cameras caught police remove a person from the hotel in handcuffs. Officials have confirmed that a suspect has been arrested, but have not identified the individual.

Witnesses say that the situation has been going on since around midnight.

According to Gwinnett County Police, the situation began as a domestic incident between two women that turned into a SWAT call where the suspect had a minor in her hotel room. 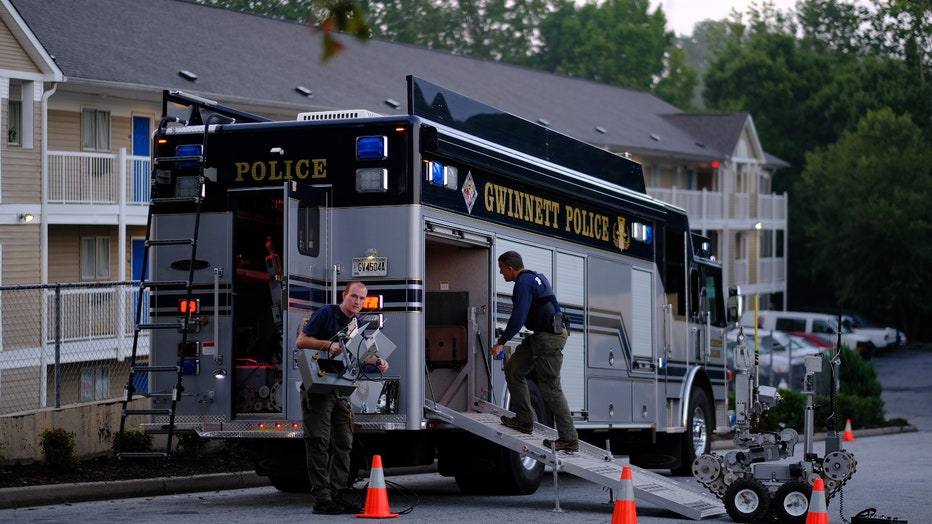 Police say the child involved is safe with no physical harm.