CARROLL COUNTY, Ga. - Carroll County Sheriff's Office announced the arrest of a suspect after a homicide that happened early Sunday morning but continue to search for two additional suspects who remain at large.

Bowdon police contacted the Carroll County Sheriff's Office to assist in a homicide investigation in the 300 block of Angela Drive. A witness told authorities that shots were fired during a house party.

The victim, who was later identified as 19-year-old  Christopher Parker, was found shot to death.

Witnesses also said the suspects were driving an older model, dented, silver Honda Accord. A deputy later spotted the suspect vehicle going Northbound on Hwy 61 towards Villa Rica. When the deputy performed a traffic stop, two of the suspects ran away, but the driver was taken into custody.

Authorities found a gun inside the car. The driver was identified as 20-year-old, Odarian Bailey. He was charged with murder, malice murder, and aggravated assault.

Cameron Allen, 18, remains at large and is considered armed and dangerous, according to police. 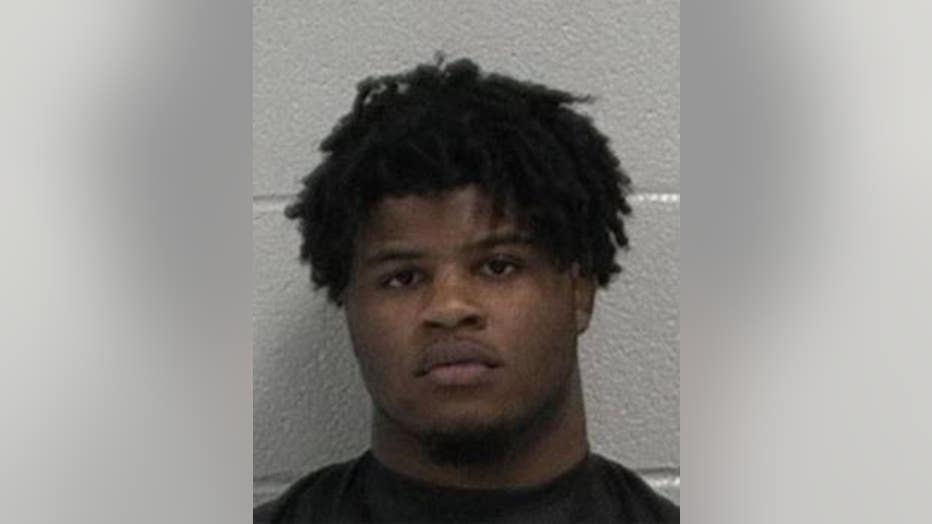 If someone sees either of these individuals they are warned not to approach them and to dial 911 immediately.

Anyone with information on Allen or Caldwell's locations should contact the Carroll County Sheriff's Office at 770-830-5916.