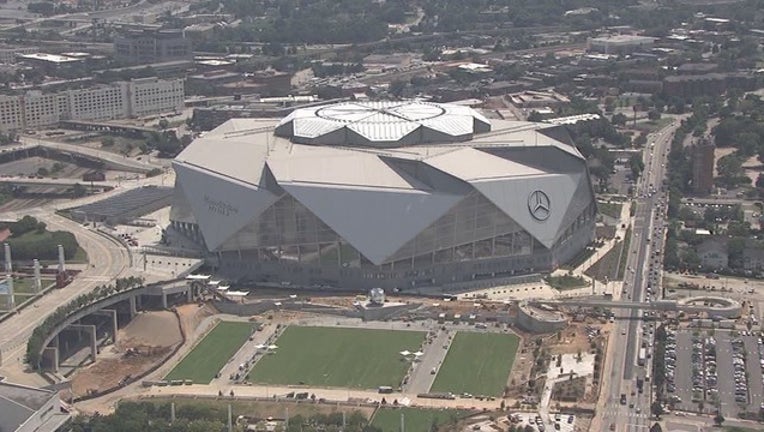 ATLANTA (AP) - A day after travelers waited nearly 90 minutes in snail-speed security lines at the world's busiest airport, Atlanta's mayor is concerned about the waits that could result when the city hosts the 2019 Super Bowl.

"Obviously, we are in uncharted territory with the shutdown that's gone on this long, and we are preparing as best we can from our vantage point," Bottoms said.

The mayor and others at a Tuesday news conference said two years of planning have them well-prepared to protect the public.

"Our goal is for our officers to be visible, for the public to feel safe, be safe, and be able to position ourselves so that we can react immediately to whatever scenario we are confronted with," Atlanta Police Chief Erika Shields said. "I think that with anything you can go in with a spirit of confidence if you have prepared, and we have prepared well."

But the government shutdown is a wild card that arose relatively late in that planning process.

"Certainly there are factors that we don't control such as what's happening with our federal government shutdown and with the long TSA lines," Bottoms said. "We are continuing to encourage people to get to the airport very early."

The expected crush of travelers is significantly more than normal.

On a typical day, 60,000 to 80,000 passengers are screened at Atlanta's airport before departing, airport statistics show.

On Feb. 4, the day Bottoms calls "Mass Exodus Monday," about 110,000 passengers are expected to be departing from Atlanta's airport one day after the Super Bowl.

TSA workers have been calling in sick at a rate that's been more than double what it normally is, the agency has said. That's led to a shortage of screeners at some airports across the country.

The TSA had a national absence rate of nearly 7 percent Monday, compared to 2.5 percent on a comparable day a year ago, the agency reported Tuesday after getting complete numbers on the absences.

A chaotic scene unfolded at Atlanta's airport on Monday, the first business day after screeners did not receive a paycheck for the first time. Mondays are typically busy for the airport as Atlanta business travelers depart for the work week, and some security lanes went unstaffed as lines backed up.

Friday could be the next big test for the nation's airports, as holiday travelers get away for the upcoming long holiday weekend. Martin Luther King Jr. Day is Monday. Friday is also typically a busy day for airports as business travelers head home for the weekend.