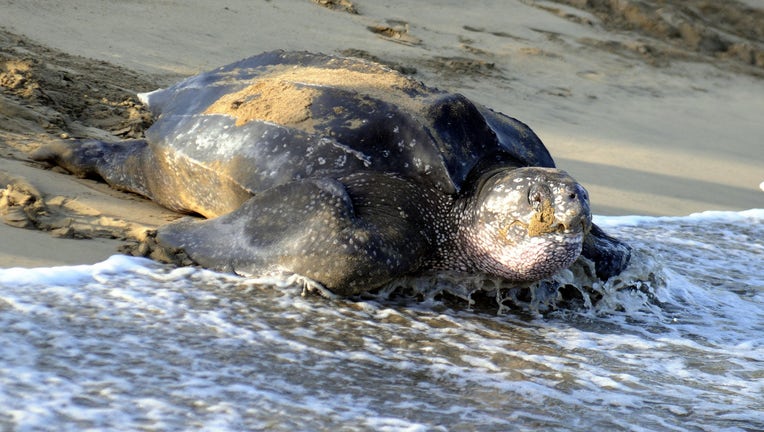 FILE - Previously unreleased photo of a Leatherback sea turtle, the worlds largest turtle, giving a member of the Turtle patrol in Tobago the rare chance to check her eggs as she lays them in daylight. (Photo by Owen Humphreys/PA Images via Getty Ima

NORFOLK, Va. (AP) - A Virginia Aquarium team had to euthanize a 700-pound sea turtle that became stranded on a beach.

The aquarium’s Stranding Response Team was called to a Norfolk beach Monday morning after beachgoers noticed the giant leatherback turtle on the shore.

Witnesses said there was blood on its shell and the reptile spent hours walking in circles toward the water.

Once it got in, it could not swim well and was repeatedly being washed ashore.

Aquarium spokeswoman Natalie Sims said the team monitored the turtle and decided to euthanize it Tuesday. Experts say that Leatherbacks can be up to 7 feet long and weigh up to 2,000 pounds.