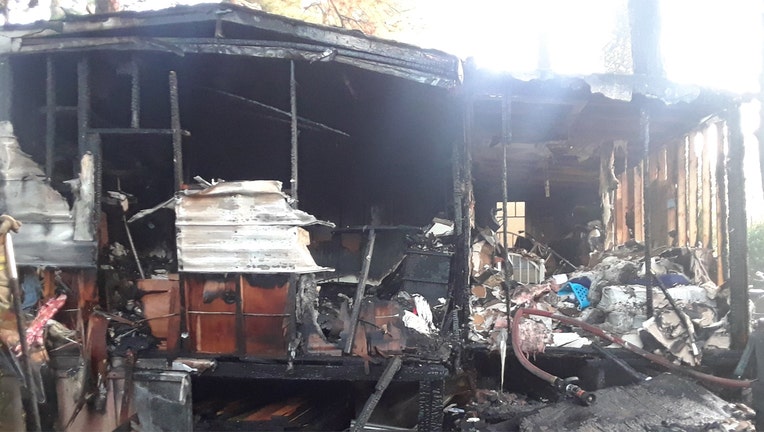 GWINNETT COUNTY, Ga. - A fire that started in a storage shed has destroyed a home in Norcross.

Gwinnett County Fire Services told FOX 5 that they were called to the Norcross Mobile Home Village on the 4400 block of Buford Highway around 3 a.m. after reports of a residential fire.

When they got to the scene, fire crews found a storage shed fully in flames and that the fire had spread to the house.

A resident of the home said she woke up to a "popping noise" and discovered the fire at the nearby shed. She got everyone in the home up and they were all able to safely evacuate.

Firefighters quickly used hoses to reduce the blaze and prevent it from spreading to two nearby homes. After a few hours, they were able to completely extinguish any potential hot spots.

Officials say the home is considered a total loss due to the fire, smoke and water damage. Two other homes had damage due to heat.

Three adults, one child, and a dog have been displaced by the fire. The American Red Cross is helping with temporary lodging.

Fire investigators say the cause of the fire is still unknown, but that it started in the storage shed and does not appear suspicious in nature.