Rep. Cannon was seen being escorted by two Georgia State Patrol troopers as protesters shouted around her. Cannon was reportedly taking part in a protest over the signing of the voting reform bill passed by both houses earlier in the day.

"She was instructed that no one was in the front office and to stop beating on the door," troopers wrote in a statement released about the incident.

According to the Georgia State Patrol, troopers found Rep. Cannon beating on the door to the governor's office which was roped off and had a sign reading "Governor’s Staff Only" posted.

Troopers said the Atlanta representative went to the door to the governor’s ceremonial office.

This raw video shows Georgia Rep. Park being led away in handcuffs in the rotunda of the state Capitol on March 25, 2021, during a protest following the passage of the voting reform bill by both houses.

The statement from GSP troopers continues: 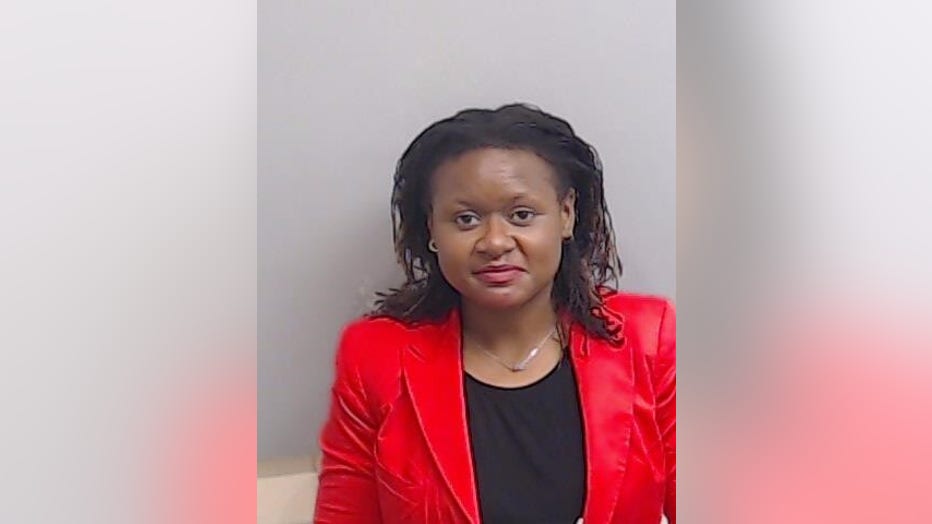 The video shows the troopers escort Cannon into an elevator with several supporters surrounding her while Cannon talked to the troopers asking "where are you taking me?" and telling them to "stop."

A live feed of Gov. Brian Kemp's signing the bill abruptly ended, but it is unclear the reason behind it. 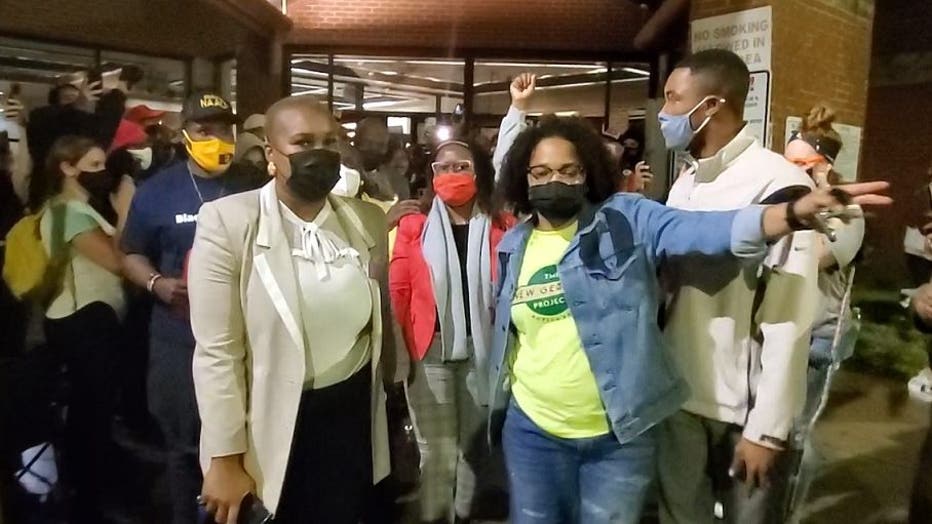 State Rep. Park Cannon was released from the Fulton County jail hours after being arrested during a protest over the passage of the voting reform bill a the Gold Dome on March 25, 2021. (FOX 5)

Troopers said she was booked into the Fulton County jail and charged with obstruction of law enforcement, a felony punishable by 1 to 5 years in prison, and preventing or disrupting General Assembly sessions or other meetings of members.

She was released shortly before 11:30 p.m. She was greeted by protesters who were demanding her release. They followed her to her car shouting "We stand with Park!"

Just prior to her release, Sen. Raphael Warnock, who is Cannon's pastor, made remarks in front of the jail about her arrest and about the new law.

"This is a desperate attempt to lockout and squeeze the people out of their own democracy," the senator, who also remains pastor of Ebenezer Baptist Church said.

This is not the first time Cannon has had a run-in with law enforcement officials during a protest over the state's voting reform bill. Almost a month ago, on Feb. 26, a police officer grabbed her arm to try to escort her out of the way. That led to a sit-on on the rotunda steps.