MAYS LANDING, N.J. - One of two Democrats saying he’d vote against impeachment is New Jersey’s Jeff Van Drew. There are reports the Congressman may not be a Democrat much longer.

Several of his staff members are resigning as a result of the impending change in party.

Five aides to Rep. Van Drew, who plans to become a Republican are resigning, said his party switch “does not align with the values we brought to this job when we joined his office."

The staffers wrote the letter on Sunday, a day after a Republican official said GOP House leaders had been informed that New Jersey Rep. Jeff Van Drew was planning the switch. Van Drew, a freshman, has said he will vote “no” this week when the House decides whether to impeach President Donald Trump, a decision that puts him at odds with nearly every other Democrat.

Many of Van Drew’s constituents say they are confused and disappointed he could switch parties. Others say they are not surprised.

"I’m definitely in shock! You vote one way and then they are going to switch over?” exclaimed Ada Christanthis.

Christanthis voted for Jeff Van Drew to represent New Jersey’s Second District as a Democrat. She says she usually votes blue, but now she is red with anger. 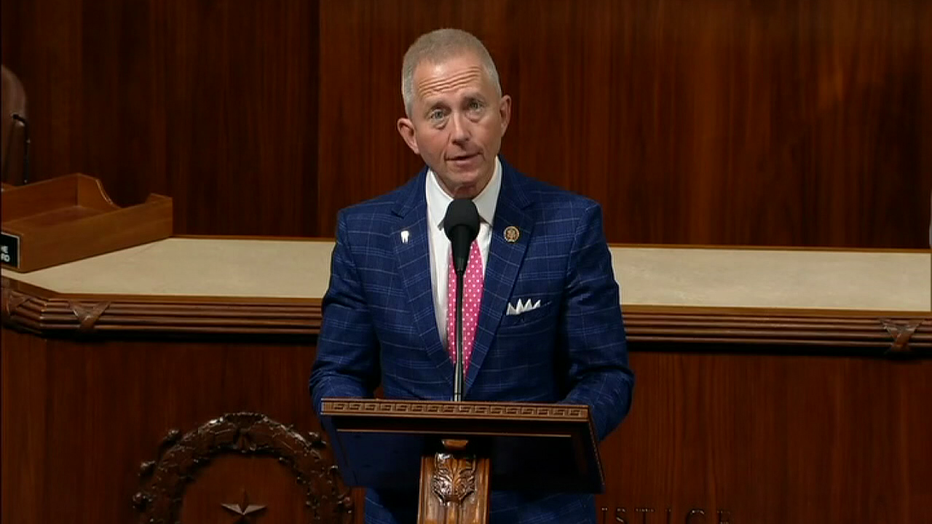 Van Drew is one of two Democrats who voted against starting an impeachment inquiry into President Trump.

“It’s crazy. The whole situation is crazy,” said one constituent.

Tim Cressey was not surprised.

“He’s pretty much a Republican on the Democratic side, anyways. So, I voted for him,” Cressey explained. “Mays Landing is definitely more Republican than Democratic.” 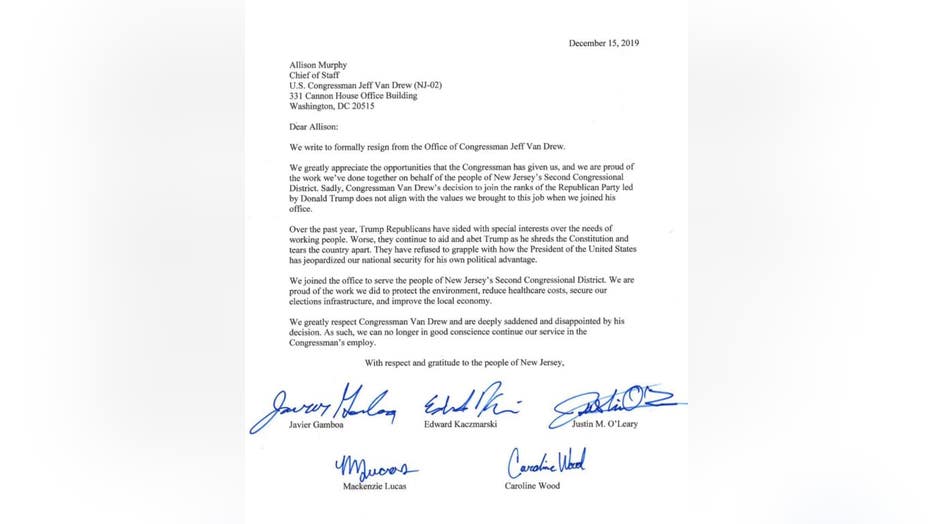 Multiple messages were left for the Congressman Saturday and Sunday and stopped by his Mays Landing office seeking answers, to no avail. Nothing on his Twitter page, but a hint in his biography which reads:

"Republican or Democrat, we are all American."

Now people who voted him into office want answers.

“He shouldn’t be able to do whatever he wants to do without an explanation. I think he owes it to us,” Christanthis said.

Van Drew represents a southern New Jersey district that he won by 8 percentage points last year but that Trump carried by 5 percentage points in the 2016 election. Van Drew was expected to face a difficult reelection next year, and polling showed he would also be vulnerable in a Democratic primary for the nomination for his seat.