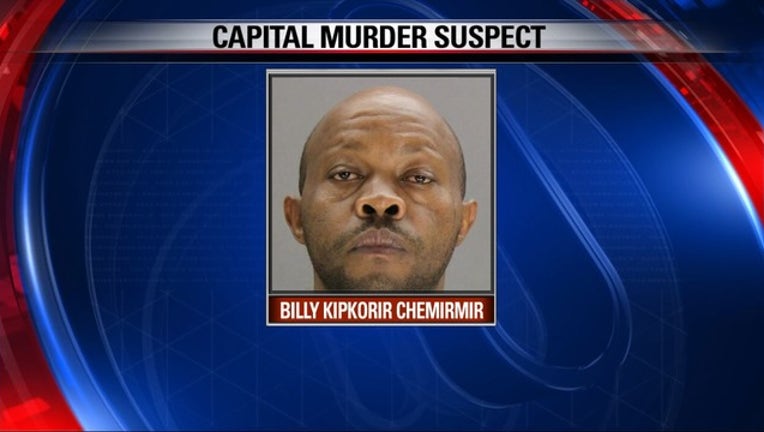 Police say the man who murdered an elderly Dallas woman may be responsible for many more elderly victims. The evidence suggests he could possibly be a serial killer.

Currently, 45-year-old Billy Chemirmir is charged with capital murder in one death, but sources tell FOX 4 he may be linked to multiple home health care-related deaths in Collin and Dallas counties.

Chemirmir was being trailed by Plano police in Dallas with an arrest warrant. It was during that arrest that investigators found a jewelry box thrown in a dumpster. The box had the name of the 81-year-old victim who was later found dead in her Dallas home.

Plano police were investigating the home health care worker after a family became suspicious he was stealing from their relative and began following him. While conducting surveillance on the 4500 block of Pear Ridge in Dallas, Plano police saw Chemirmir dump a jewelry box and found him with jewelry, cash, and a set of keys.

Police were able to trace the keys and jewelry box back to a home on the 6600 block of Warm Breeze Lane where they found 81-year-old Lu Thi Harris dead from homicidal violence. A source says she was found with a pillow nearby and her makeup smeared.

Two other possible victims have come forward and told police that Chemirmir tried to sit on their chest and smother them with a pillow. Police have connected him to at least one murder and are investigating him for possibly two others.

Chemirir is being held on a $1 million bond. Records show he is in the U.S. illegally and has an immigration hold.