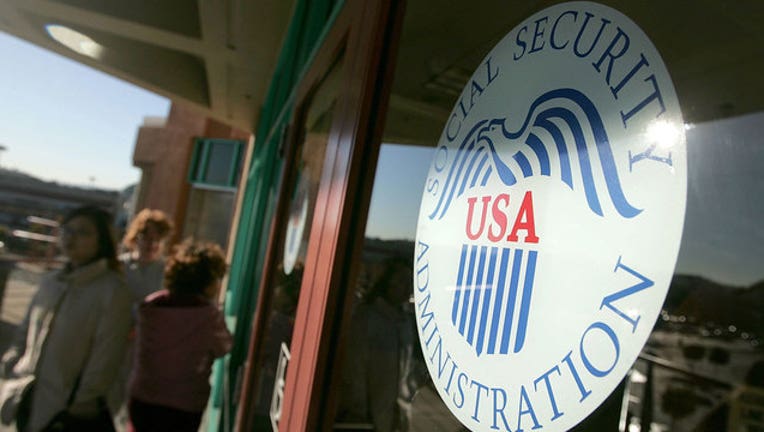 WASHINGTON (AP) - Millions of Social Security recipients and other retirees will get a 2 percent increase in benefits next year, the largest increase since 2012, thought it comes to only $25 a month for the average beneficiary.

The cost-of-living adjustment, or COLA, affects benefits for more than 70 million U.S. residents, including Social Security recipients, disabled veterans and federal retirees. That's about one in five Americans.

By law, the COLA is based on a broad measure of consumer prices generated by the Bureau of Labor Statistics. Advocates for seniors claim the inflation index doesn't accurately capture rising prices faced by seniors, especially for health care.

"It doesn't make your life any easier. It's really made it tight," said Barbara Bogart, who retired from a home health care company. "You have to be so careful to make it each month."

Bogart, 75, who lives near Indianapolis, said she gets less than $1,000 a month from Social Security, her only source of income.

"I have all the normal costs that people have. I have groceries, gas for my car," she said. "I have to be cautious."

Some conservatives argue that the inflation index is too generous because when prices go up, people change their buying habits and buy cheaper alternatives.

Consumer prices went up only slightly in the past year despite a recent spike in gasoline prices after a series of hurricanes slowed oil production in the Gulf Coast, said Max Gulker, senior research fellow at the American Institute for Economic Research.

"For the most part, there was a decline in energy prices for a lot of the year," Gulker said. "But at the end of the year we saw that uptick in gas from the hurricanes."

Congress enacted automatic annual increases for Social Security in 1975. Presidents often get blamed when increases are small or zero. But President Donald Trump has no power to boost the increase, unless he persuades Congress to change the law.

Over the past eight years, the annual COLA has averaged just above 1 percent. In the previous decade, it averaged 3 percent.

Multiple years of small or no COLA reduces the income of retirees for the rest of their lives, said Mary Johnson of The Senior Citizens League.

"Think about the length of a retirement period. Eight years is about a third of a (healthy) retirement," Johnson said. "It's squeezing them. It's causing them to dip into savings more quickly. The lifetime income that they were counting on just isn't there."

The COLA is based on the Consumer Price Index for Urban Wage Earners and Clerical Workers, or CPI-W, a broad measure of consumer prices. It measures price changes for food, housing, clothing, transportation, energy, medical care, recreation and education.

Gasoline prices are up 10 percent from a year ago, according to AAA, though they have dropped in the past month.

The COLA is calculated using the average CPI-W for July, August and September, and comparing it to the same three months from the previous year.