TEMPLE, Ga. - Three simple words send a message to everyone involved in the fight against COVID-19. We got this.

It's a message on a rooftop to all of Atlanta

It brings a sense of solidarity to the community in Temple. Michael Lemon says, “I guess it was more for everyone, because I think we do got this. You know, it’s not going not be easy but you know, we got this.”

Michael and his daughter Madi are the people behind the massive chalk message. The two spent about an hour and a half drawing the message alongside an American flag. Michael says, “I just thought it was kind of a neat way to reach a lot of people and still keeping a social distance.” 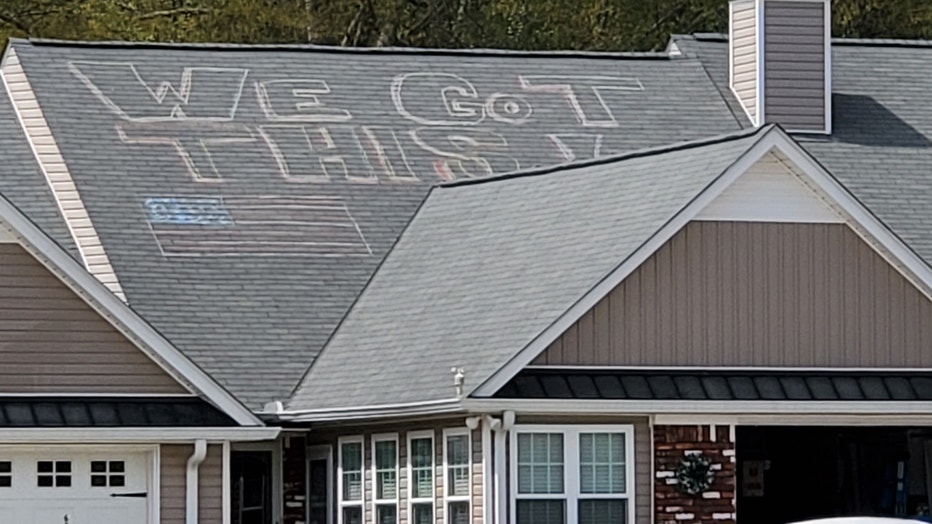 The idea came after they heard about people in Atlanta cheering for healthcare workers at 8 p.m. every night from their balconies. Michael says they tried to start something in Temple, but there weren’t enough people. That’s why he and his daughter decided to write “We Got This” on their roof.

Madi even wanted to spread the message on the popular social media platform, TikTok. She says, “we want to share this love throughout the community to help them understand that we’re all in this together.”

The inspiring message didn’t last long though on their roof. Heavy rain washed away the chalk the next day. “I was glad to be able to be able to take pictures before it rained,” says Michael. 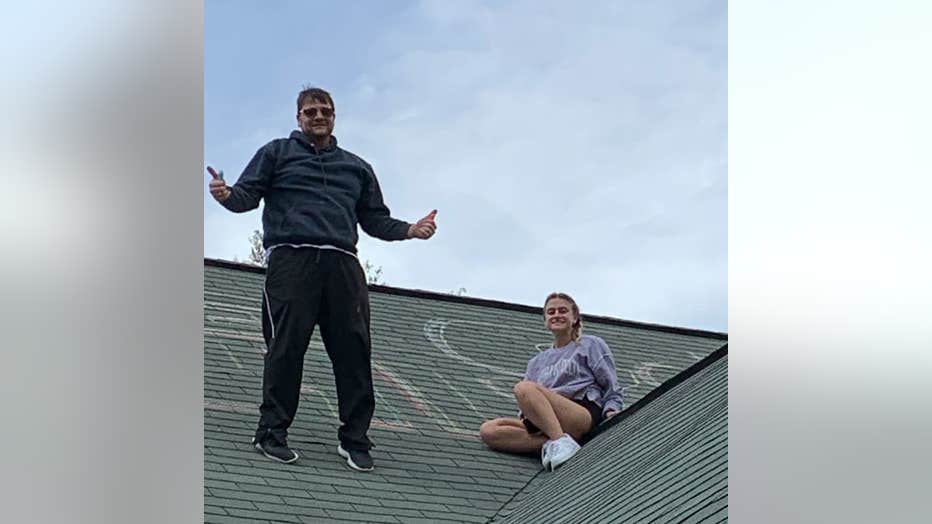 And although the words are gone now, the message still stands.