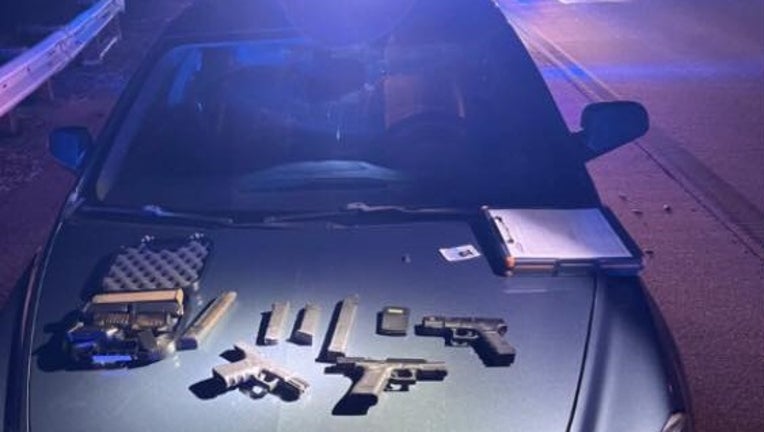 HARALSON COUNTY, Ga. - A high-speed chase between a group of minors and deputies ended with multiple juveniles arrested in Haralson County.

The Haralson County Sheriff's Office says they were notified by Alabama police that a Chevy Malibu involved in the chase was heading into their jurisdiction on Interstate 20.

According to officials, the chase started in Alabama's St. Clair County when deputies tried to stop the car for traffic violations. Instead of stopping, the 17-year-old driver sped off, leading officers on a pursuit that went over 100 mph.

Haralson County deputies say they were successfully able to use stop sticks to slow the vehicle down to around 80 mph before one of its front tires blew out, causing it to store near mile marker 7 on I-20.

In total, officials say three juvenile males were arrested after the chase.

"These offenders, committing criminal acts and traveling at such a high rate of speed, posed a danger to anyone traveling on I-20. They are now off the roadways, thanks to the teamwork and fast response of the Sheriff’s Office and Tallapoosa Police Department.", Haralson County Sheriff Stacy Williams said. "We will continue to protect our citizens and those that travel through our county."

The driver was charged with multiple traffic violations, obstruction, and possession of a firearm by a juvenile.