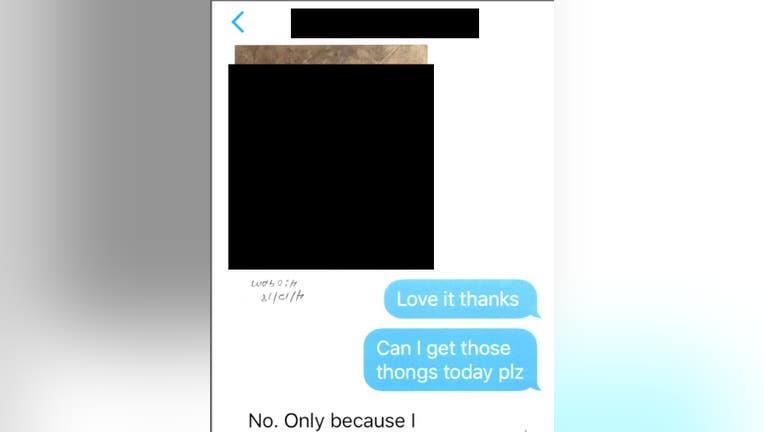 Investigators say this is an example of some of the sexting going on between Tonya Power and a sheriff's sergeant. (Douglas County Sheriff Internal Affairs)

DOUGLASVILLE, Ga. - What started out as a #MeToo sexual assault complaint at one metro sheriff’s office has now turned into a full-blown sex scandal. And not the way anyone might have predicted.

Three longtime employees of the Douglas County Sheriff’s Office have lost their jobs. That includes the woman who filed the complaint in the first place. 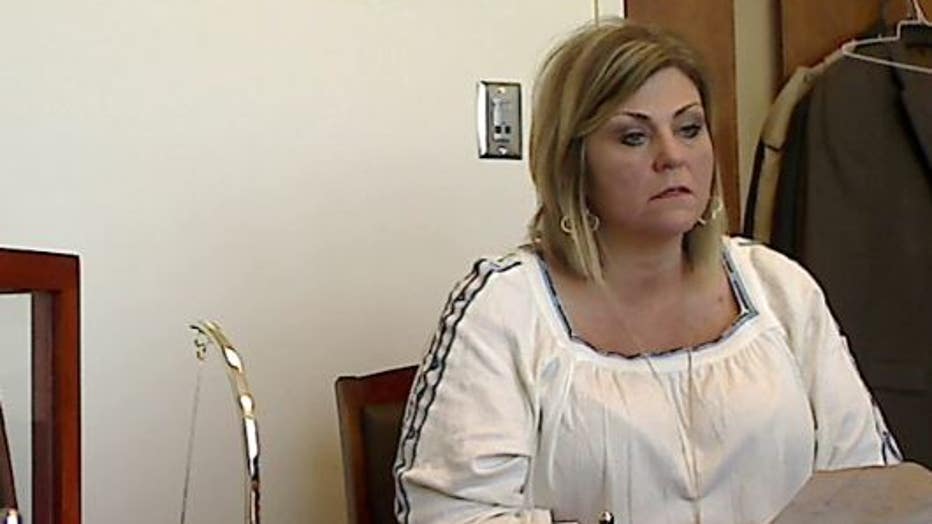 Tonya Power worked as the sheriff's office head of purchasing. She claimed a high-ranking officer sexually assaulted her in her office.

In February, Tonya Power made some explosive allegations against Captain Bruce Ferguson, a 31-year veteran cop who was the head of investigations. Power handled purchasing for the sheriff's office, in charge of ordering everything from uniforms to paper and pencils.

Power told internal affairs investigators that Ferguson walked into her fourth-floor office, unzipped his pants and sexually assaulted her.

“In that moment you feel disgusted," she said on the video-recorded IA interview. "And you feel degraded and you know I was scared. And I was just like hurry and go away."

Ferguson quickly resigned in lieu of termination. The subsequent investigation would go on for eight months, eventually involving an outside consulting firm and the GBI. 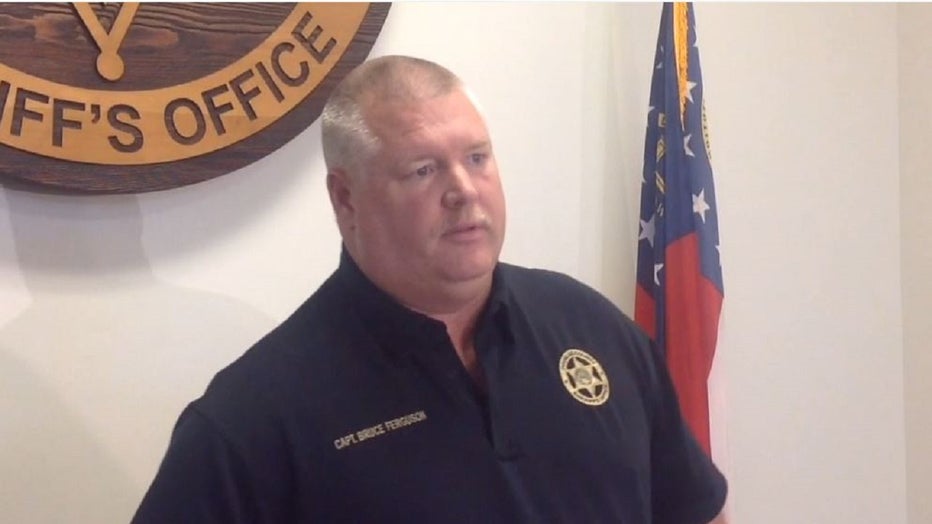 The FOX 5 I-Team reviewed hours of video interviews and audio recordings. In the end, no one was charged with a crime. But everyone involved would be left embarrassed. Or worse.

"It's quite embarrassing for my office," agreed Sheriff Tim Pounds. "That's something no one should have to deal with."

"He asked to touch my breasts every time I came into my office," she complained. "He grabbed my butt. I told him to stop and he wanted to put his hands down my pants. I felt alone. I felt like in the movies, like do I scream? Is anybody next door? I mean, I felt paralyzed.”

Sexual assault case at sheriff's office costs 3 their job, including the woman who filed a complaint

Even worse, she said it all happened just down the hall from where Ferguson's wife also worked.

“I have to know that I’m not going to be hurt by this anymore and don’t have to fear getting caught on the elevator with him or seeing him in a hallway," she told investigators.

Tonya Power’s attorney contacted the Douglas County District Attorney's office. They brought in the GBI. Meanwhile, the sheriff’s office continued its internal investigation and then hired an outside consultant as well. All three investigations would take this story to a place none of the players ever wanted it to go. 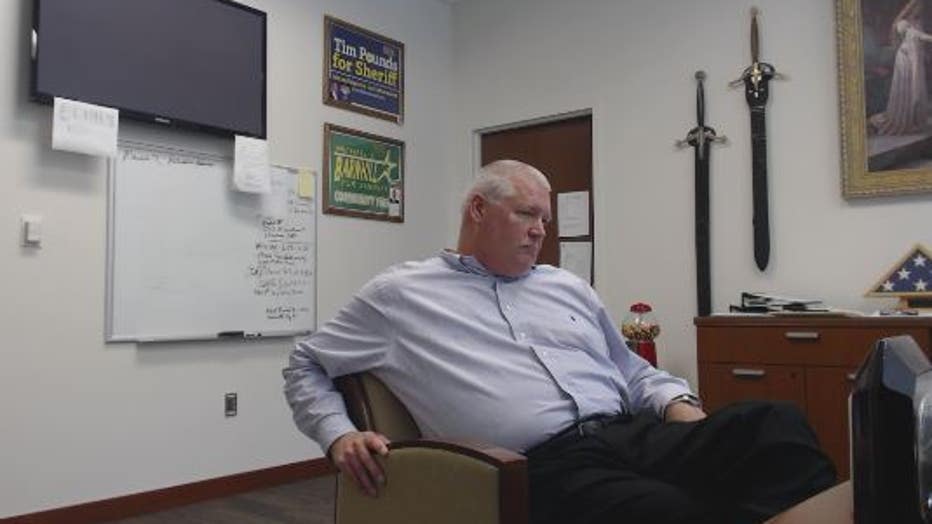 First came this shocker: Bruce Ferguson admitted to at least a half dozen sexual encounters with Power. But not the way she described them.

“She was always willing," he told the IA investigator. "I mean, there was no doubt."

"So you’re saying that it’s never been against her will," repeated the investigator.

"No," replied Ferguson. "Nowhere close. You can’t be in a room with her and she don't eventually talk about sex.”

Ferguson also teared up during his interview.

"I apologize to you because I put you in this position," he told the investigator. 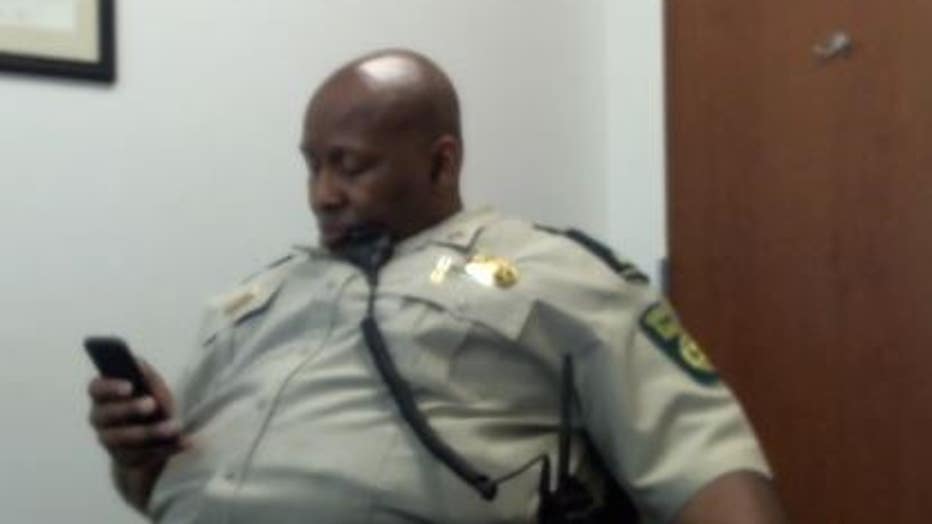 Then Sgt. Craig Allen came forward with his own stunner: he and Tonya Power had texted each other lewd photos, including one that investigators determined Power took in a sheriff’s office bathroom during working hours. 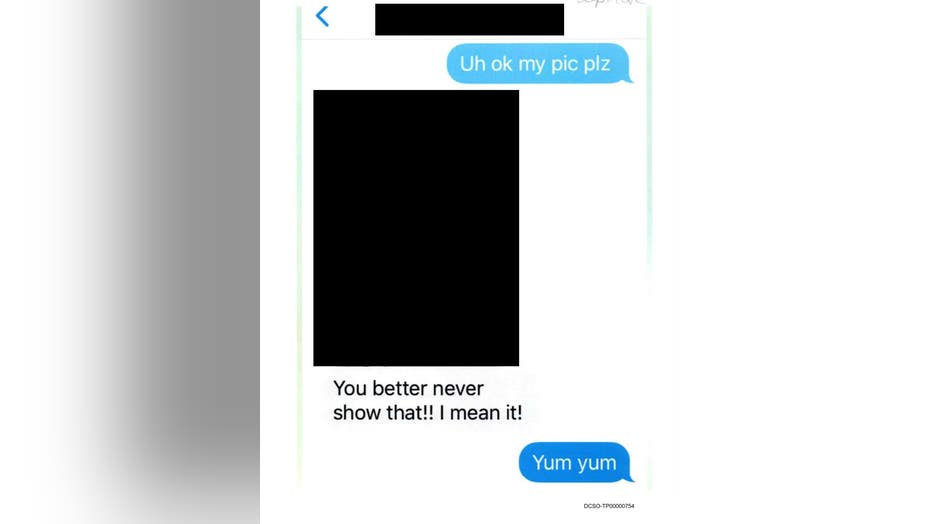 When confronted with the photos, Power tearfully claimed to investigators she felt forced to send those pictures to Allen, a friend of Sheriff Pounds.

Allen denied that. So did the sheriff when we asked him.

"I don't know how she could come to that conclusion simply because-- naturally Sgt. Allen is a friend of mine," Sheriff Pounds said. "But I don't see-- could I pressure you into sending me some pictures?" 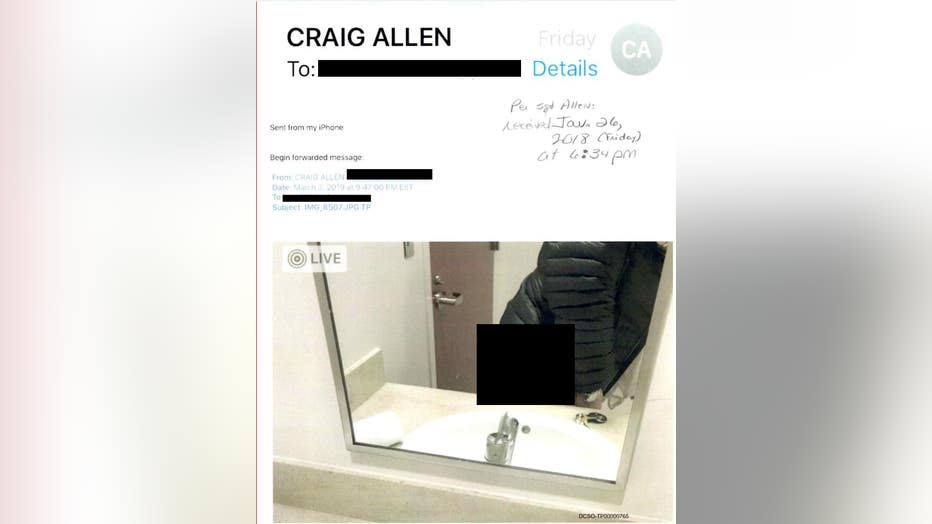 Douglas County fired Tonya Power because investigators say she lied about taking this revealing photo inside a sheriff's office bathroom and texting it to an employee.

Then the GBI found a third employee, Lt. Rodney Houston. He told investigators that from Spring 2017 until October, 2018, he and Tonya Power had an affair, including multiple sexual encounters inside her office.

Houston secretly recorded the phone conversation where he let Power know that he had spoken to the GBI. That recording is part of the IA file, too.

Rodney Houston: Well, initially I was trying not to say anything but I didn’t really want to go to jail.

Rodney Houston: I gone ahead and told the truth.

Because he initially lied to the GBI, Houston was fired. So was Tonya Power, investigators convinced she had lied to them when denying she had taken that picture in the sheriff's office bathroom.

Along with Bruce Ferguson’s hasty retirement, that makes three county law enforcement careers brought to a sudden end by a sex scandal literally happening inside the sheriff's office. 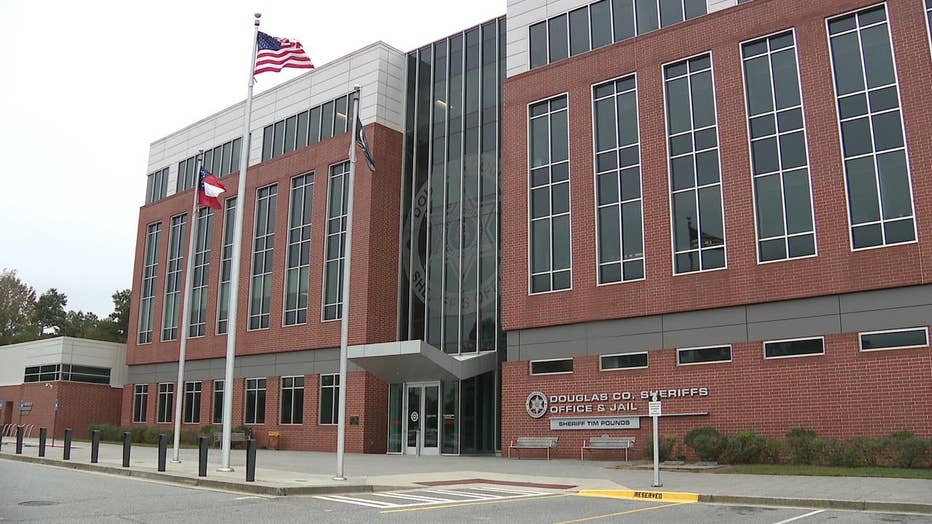 Investigators determined a lot of the sexual activity took place on the fourth floor where the sheriff also has his office.

The DA has closed the case. No one will be charged. Craig Allen only got a verbal reprimand because investigators say the photos he exchanged with Tonya Power took place while he was off-duty and on his personal phone.

When the FOX 5 I-Team contacted Power, she maintained she never had consensual sex with Captain Ferguson. She claims none of the three investigations treated her fairly. She declined to answer our questions about the photographs or her relationship with Lt. Houston. 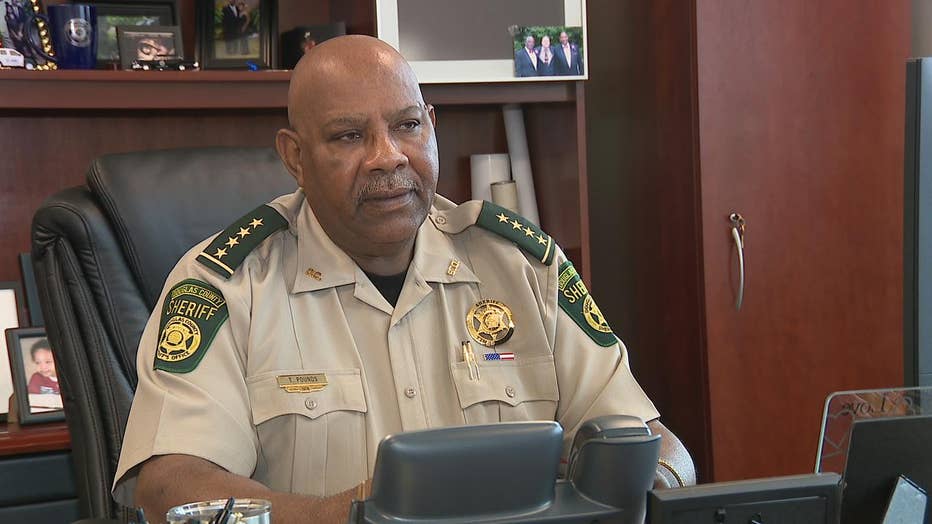 Sheriff Tim Pounds says he fired people who lied, but doesn't want them to lose their POST certification.

POST must now decide whether the three should have their certifications revoked, barring them from ever working in law enforcement again.

"An affair's an affair no matter where it was happening at," he said. "I don't see people losing certification because of an affair. Folks do what they've done every day and it's really not a crime. Just unethical that they do it here at this sheriff's office."

None of the men involved responded to our request for comment. Tonya Power has also filed an EEOC complaint against the sheriff's office, alleging sexual harassment, retaliation and creating a hostile work environment. That case is pending.