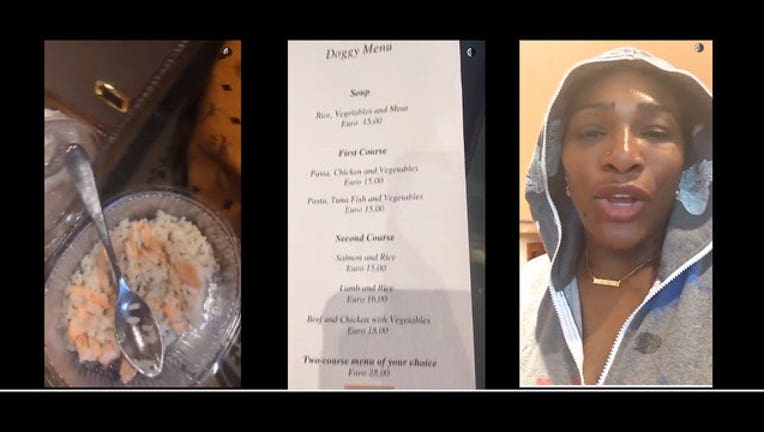 ROME (AP) — The gourmet food Serena Williams ordered off the hotel room-service menu for dogs looked good enough for her to eat. So the top-ranked tennis player sampled it, and later got sick.

Williams posted a video Wednesday on Snapchat showing the salmon and rice dish she ordered for her Yorkshire Terrier at their hotel during the Italian Open.

Noting how good it looked, she tells the camera: "I ate a spoonful. Don't judge me!"

Williams says the bite tasted weird, "a little bit like a house-cleaner thing," but she ate it anyway.

She says within two hours, she had to run to the bathroom. She recovered in time to beat fellow American Christina McHale 7-6 (7), 6-1 in the third round Thursday.

Williams says of the doggy menu: "I don't think it's consumable for humans. They should have wrote that!"