ATLANTA - The Georgia Secretary of State's Office has opened two investigations into Fulton County's handling of the 2020 election.

MORE: Georgia Secretary of State fires back at claims of voter fraud 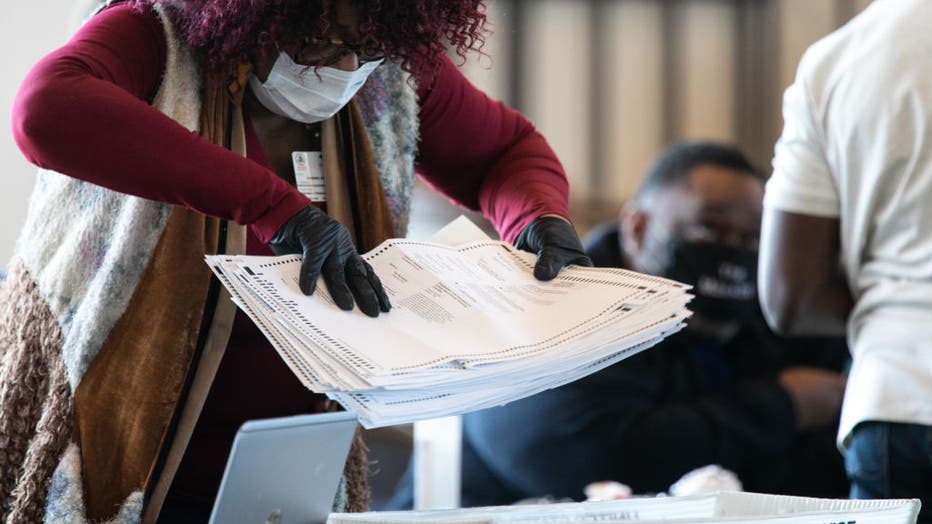 Sterling said both elections concerned "managerial sloppiness which opens the door to potential problems," pointing to the possibility that votes could have been scanned and processed with no monitors in the room.

"There may be a time period where not everything was looked at at the same time," he said, noting that the investigation was to make sure that there was an observer at every point during the count.

On Monday, the Secretary of State's office announced an error found in Floyd County where 2,600 ballots were left uncounted prior to the county's initial certification. The error was discovered on Sunday during the third day of the state’s audit.

According to officials, the election in Floyd County was actually being run by a volunteer after the director contracted COVID-19 and another election official broke a hip, having to be hospitalized.

In an update, Sterling said that the situation is being addressed and that Floyd County will rescan all early votes to recertify the vote totals. The county had already finished its audit of the votes by hand.

In total, the ballots uncovered in the county reduce former Vice President Joe Biden's vote total over President Donald Trump by 800 votes - changing the percentages slightly, but not enough to change the final outcome in the state.

As of Tuesday, the Secretary of State's Office said 4.7 million out of 5 million votes cast had been hand-counted in the audit with most of Georgia's counties reporting minor or no discrepancies.

The Secretary of State's Office has set a deadline of midnight Wednesday for counties to submit their audit results. Once the results from the audit are certified, the losing campaign can request a recount, which will be done using scanners that read and tally the votes.

The deadline for the state to certify the results of the election is Nov. 20.