ATLANTA - At 49, Auburn, Alabama chiropractor Hurst Peacock is no stranger to heart disease.

After a stent procedure 6 years ago, he dropped 60 pounds.

But, last fall, when he went in for a checkup with a hometown cardiologist. 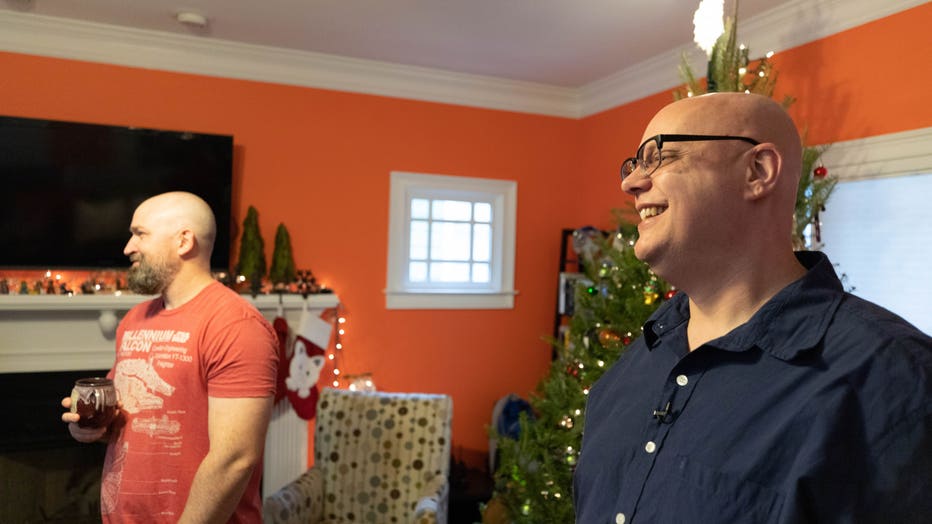 At 49, Hurst Peacock found himself facing open heart surgery. Then, his brother-in-law helped him get a second opinion. (FOX 5 Atlanta)

"They did an EKG, didn't like what the saw, and sent me straight to the hospital for a heart cath," Peacock says.

That is where things quickly got complicated.

"So, they did the heart cath, and they said, you're going to need open heart surgery," he says.

"They  said, you're going to need open heart surgery."

"I started thinking, 'Is this really the only option,'" she says.

So, Erin Peacock picked up her phone and texted her brother Grant Reynolds, who works for Piedmont Atlanta Hospital

"She just said, 'Is there anything else we can do,'" Reynolds remembers.  "And, I was, like, maybe, but I need more information."

It was a weekend, but Reynolds reached out to Piedmont Atlanta interventional cardiologist Dr. Andrew Klein, who agreed to look at Hurst Peacock's case.

"So we met at the hospital," Reynolds says. "He took a look at the films and kind of validated what I thought, that Piedmont can do something that the other hospital can't."

Dr. Klein says he is a believer in getting a second opinion.

"The one thing about medicine is that there are different ways of doing things," he says.

On the surface, because of the number of blockages Peacock had, Klein says, he was textbook case for open heart surgery.

But, Peacock also runs his own business, and he didn't want to leave his employees hanging for weeks while he recovered from open heart surgery.

"He said I can't do this, this is not possible for my family," Dr. Klein says.  "In this case, we could provide an alternative."

Instead of a bypass, Peacock underwent a heart catheterization.

Dr. Klein placed a series of stents to reopen the blocked blood vessels.

"The one thing about medicine is that there are different ways of doing things,"

"He opened everything right up," Peacock says.  "I had 5 vessels that were blocked, and he opened all five of them."

It can feel uncomfortable to question your physician, or request your records to have another doctor take a look at your case.

But, Dr. Klein encourages patients facing a major diagnosis to get a second opinion.

"Anytime you have a big decision about your health, a second opinion is important, even if it just validates the first opinion," he says.

Erin Peacock is glad she questioned the original recommendation for surgery.

"My husband ended up with a much less invasive procedure," she says. "And, he's healthy."