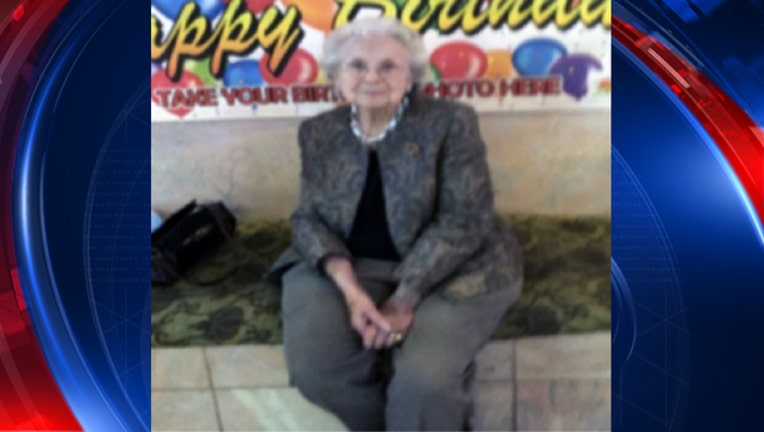 CLAYTON COUNTY, Ga. - Police in Clayton County are searching for a missing 91-year-old woman who was last seen Thursday afternoon.

Francine Walker left her home in the 6400 block of Aquila Drive in Morrow around 3 p.m. for a hair appointment in Jonesboro, according to the Clayton County Police Department. Investigators later learned she never made it to the hair salon. She has not been seen or heard from since and her family is extremely concerned because it is outside of her normal behavior.

Walker is described by police as being 5’5” tall, weighing about 125 pounds, with brown eyes, and gray and white hair. She may be driving a white 2008 Cadillac CTS with an unknown Georgia tag.