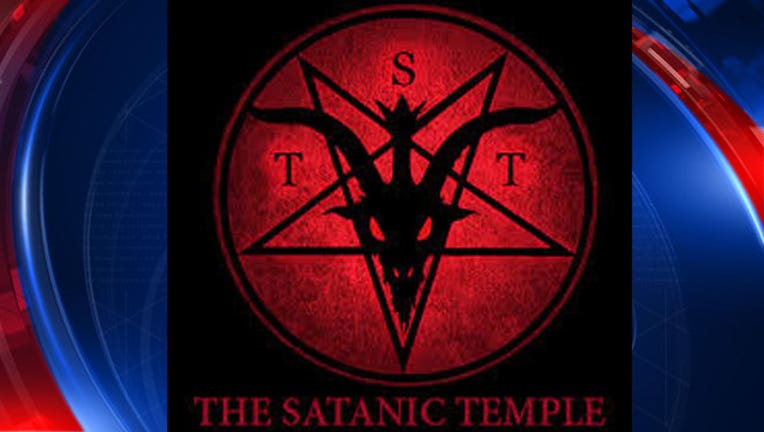 (FOX News) -- The Satanic Temple said Tuesday that in the name of religious liberty, it would challenge a Supreme Court ruling that upheld an Indiana law requiring the burial or cremation of fetal remains.

The group, based in Salem, Mass., has declared immunity for its members from the law, it said in a news release.

“One of the Satanic Temple’s fundamental tenets is the inviolability of one’s body,” the group said in a statement. “Members ... believe that nonviable fetal tissue is part of the woman who carries it.”

The international organization doesn’t worship or believe in the actual Satan from the Bible. It mostly advocates for separation of church and state.

“This law clearly places an undue burden on the religious practices of the Satanic Temple by interfering with burial rites,” said spokesperson Lucien Greaves “To be clear, members of the Satanic Temple will not be made to pay for these punitive, superfluous and insulting burials. We claim exemption on religious-liberty grounds, and we will almost certainly prevail in the courts if we are forced to fight. “

The group has waged a number of religious battles against state governments.

A member of the group in Missouri recently challenged a state law requiring women seeking an abortion to wait three days. It unsuccessfully fought to have a statue of a goat-headed, winged creature called Baphomet placed outside capitols in Arkansas and Oklahoma.

The statue would have been a counterpoint to the Ten Commandments. In 2016, the Portland chapter of the Satanic Temple successfully brought an "After School Satan Club" to an elementary school.