There were some tense moments for students and families in Santa Rosa when gunshots rang out near the campus of Ridgway High School on Tuesday morning.

SANTA ROSA, Calif. - Santa Rosa police on Tuesday arrested a student at a high school following a shooting outside campus that left a 16-year-old wounded and put thousands of students at three schools on lockdown for more than two hours.

The 17-year-old shooter fired three to four rounds on a sidewalk outside Ridgway High School, a continuation school, before running away, police Sgt. Summer Gloeckner said. At least two bullets hit the teen boy in the stomach, police said.

According to police, the victim ran to a nearby vehicle and was driven by a friend to a local hospital. Authorities say the victim is in stable condition.

Police confirmed that both the shooter and the victim were students at the continuation high school. Authorities said the shooting stemmed from a verbal altercation that happened in front of the school around 9 a.m.

Police have not released the names of the suspect or the victim and are still searching for the shooter's handgun.

Authorities say a school resource officer was on the campus of Santa Rosa High and quickly ran over to Ridgway to investigate. Police said dozens of officers from Santa Rosa P.D., Sonoma County Sheriff's Office, California Highway Patrol, CalFire officers and the Santa Rosa Junior College Police Department responded to the scene and secured the campus.

According to witness statements and video surveillance footage, officers at the scene determined the suspect concealed the weapon in his backpack following the shooting. Authorities said the suspect returned to the classroom after the incident. Police say the backpack was placed inside a nearby vehicle, which was driven away by an unknown driver. Detectives are working to identify the driver.

Officers said it's too early to determine whether the shooting was gang-related, but say it's an isolated incident. The school lockdown was lifted at approximately 11:30 a.m.

Santa Rosa parent ‘freaked out’ after shooting near school

A motive for the shooting was not dislcosed.

Parent Jessica Bayer said she was finally able to talk to her son at school, but until she could speak to him, she said she was really "freaked out."

The suspect has been booked into the Sonoma County Juvenile Justice Center for attempted murder. 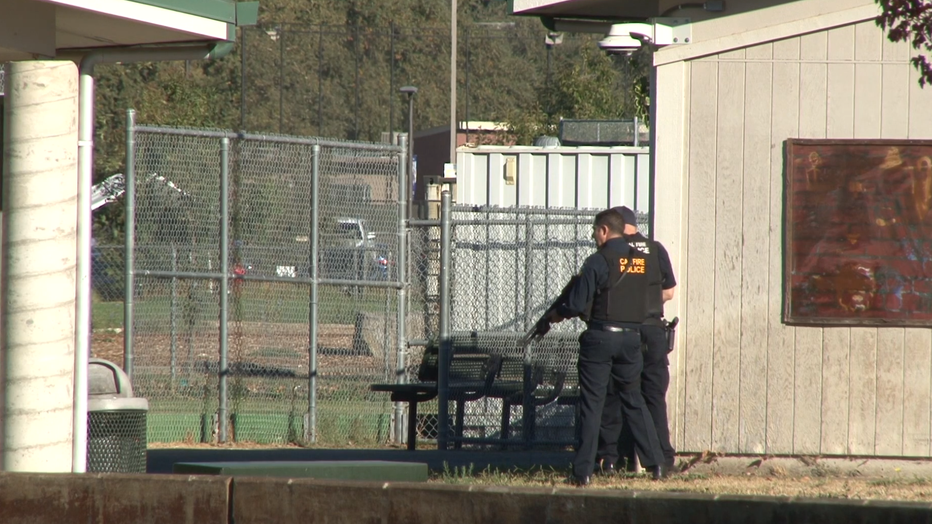 Police look at a fence outside Ridgway High in Santa Rosa after a shooting outside campus. Oct. 22, 2019 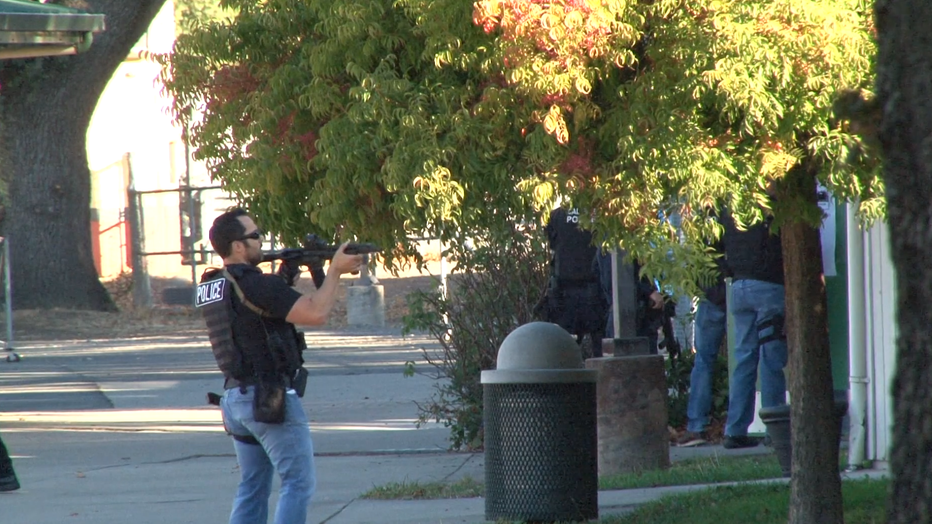 A Santa Rosa police officer holds a rifle outside Ridgway High after a shooting outside campus. Oct. 22, 2019