Roderick Walker speaks out after being released from jail

A video showed Walker being punched by a Clayton County Sheriff's deputy.

CLAYTON COUNTY, Ga. - Roderick Walker, the man seen in a viral arrest video, spoke to the public for the first time since being released from prison.

At a press conference at the Cochran Law Firm Friday morning, Walker said that he "feared for [his] life" and prays that kind the arrest wouldn't happen to anyone else.

Beside Walker were his attorney, mother, and girlfriend. The girlfriend was with Walker when he was violently arrested a week ago.

Walker was released from jail Thursday night. He was initially denied bond because of outstanding warrants in Fulton County, including one for cruelty to children. However, the Fulton County Sheriff's office confirmed Thursday that he was granted at $25,000 bond.

Speaking at the conference, family Attorney Shean Williams celebrated the fact that Walker was able to get out but had harsh words for the Clayton County Sheriff's Office, who he accused of delaying sending them information about the arrest.

"We believe this is another example of an attempt to deflect and cover up what we saw in that video," Williams said.

Roderick Walker, who was seen in a viral video being pinned to the ground by two Clayton County deputies, spoke for the first time since he was released from jail.&nbsp;

Walker was arrested outside the Georgia Department of Public Health in Clayton County. Williams said Walker and his girlfriend were the passengers in a vehicle driven by a Lyft driver during a traffic stop.

Williams says deputies asked for Walker's identification which he didn't have. After that, the incident escalated.

Williams criticized the allegation that Walker was the aggressor or that his client bit either of the deputies.

"He was literally fighting for his life," he said. "He wasn't attacking them or beating them. He was trying to survive." 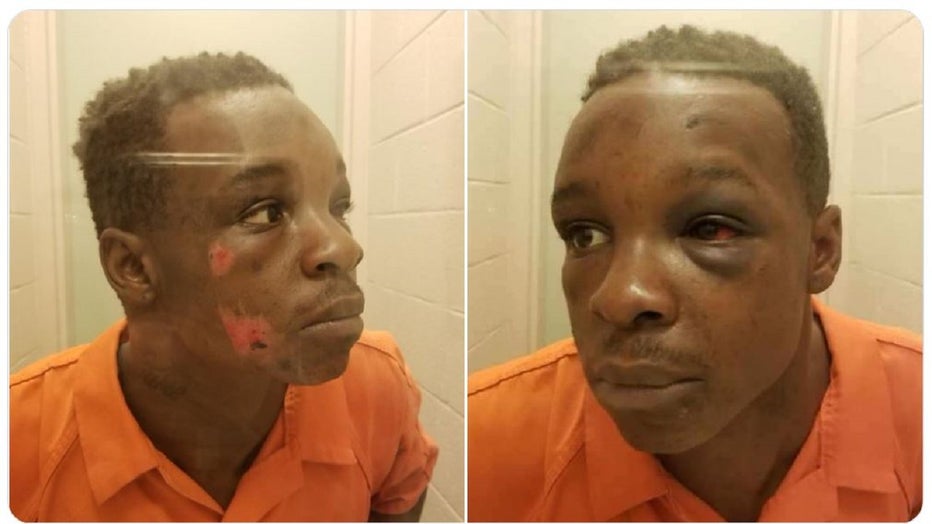 The video sparked an internal investigation with one of the deputies, who was seen hitting the Walker, put on administrative leave without pay. The Clayton County sheriff fired later the deputy for excessive force. The case was then turned over to the Clayton County District Attorney's Office.

"We will not rush to judgment, rather, we will be fair and thorough,” Clayton County district Attorney Tasha Mosley said Tuesday. “That is what I have been entrusted to do for the citizen of Clayton County.”

Williams said the firing did not go far enough, and that they had evidence that the deputy involved had multiple five other use of force incidents dealing with traffic stops since November of 2019.

Now that Walker has been freed, his lawyers want the Clayton County charges against him dropped.

The lawyers say he is dealing with medical issues, including fractures in both eyes, a mild traumatic brain injury, and cognitive problems stemming from the arrest. They have arranged for him to see both a neurologist and an orthopedic specialist.