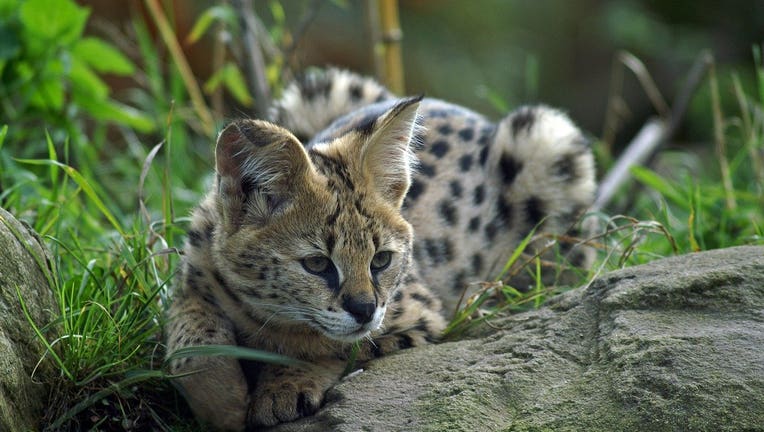 (Image by Raik Thorstad from Pixabay)

LAWRENCEVILLE, Ga. - An exotic cat that was roaming parts of Atlanta has been captured, but the owner is being forced to give up her pet because it’s illegal to keep such cats as pets in Georgia.

The Georgia Department of Natural Resources said Thursday that a serval, a species native to Africa, had been taken to a holding facility until it could be relocated to a wildlife sanctuary.

Authorities had been searching for the feline since June 30, when it entered a house and jumped on a woman’s bed while she was sleeping.

According to the Associated Press, owner Anna Fyfe said she moved to Georgia from South Carolina where it’s legal to keep a serval as a pet. Fyfe told the newspaper that she had brought the serval to her Georgia home from her parents’ house in South Carolina when it escaped. The animal is named Nala, after a lioness in Disney’s "The Lion King."

"The DNR did an amazing job at helping catch Nala and making sure everyone is safe, even though she is just a kitty and is harmless," Fyfe said. "They are not letting me keep her. They are taking her away to a sanctuary — I completely understand, they’re only doing their job. I’m just devastated because Nala is my baby."

A neighbor captured the cat on Monday and returned her to Fyfe, but game wardens told her they would have to take the cat.

Fyfe said she has been told by investigators that no charges would be filed. She said she’s raised her pet since she was a cub, and that Nala had never had a violent incident.

"I think the DNR should return Nala back to (me) as long as she is taken back to South Carolina immediately," Fyfe said. "It’s unfair to her to live out the rest of her life in a new environment."