ATLANTA - Republicans are flooding Georgia with cash and field operatives as they look to keep Democrats from seizing control of the Senate under President-elect Joe Biden’s administration.

The Republican National Committee said Friday it is funding more than 600 staffers in the state with an investment of at least $20 million ahead of the Jan. 5 runoffs for the seats held by GOP Sens. Kelly Loeffler and David Perdue. Democrats are eying victories for Raphael Warnock and Jon Ossoff in the respective races to create a 50-50 tie in the chamber, which would be decided by Vice President-elect Kamala Harris.

The GOP’s investment follows on the party’s massive ground game and data operation in the 2020 presidential race, which fought a large Democratic operation. The party said it organized more than 2.6 million volunteers and had more than 3,000 paid field staffers across key battleground states.

In Georgia alone, the RNC says it knocked on more than 3 million doors, made more than 8 million phone calls and registered at least 16,000 voters in the leadup to the presidential election.

“Georgians are counting on Republicans to hold the line against the Democrats’ desire to raise taxes, pack the Supreme Court and give government control over their health care,” RNC Chair Ronna McDaniel said. “We need Kelly Loeffler and David Perdue in the Senate, and the RNC is mobilizing our grassroots army to help keep them there." 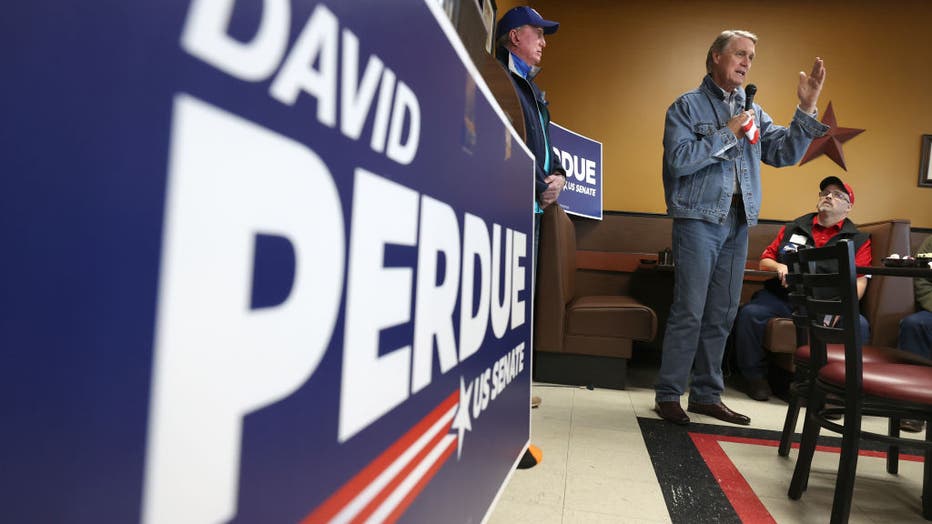 Both candidates fell short of the 50% threshold to win the seats, and under state law the top two finishers will face off head to head. The twin runoffs are expected to approach or even exceed records spent on Senate races, as the prospect of unified Democratic control of Washington hangs in the balance.