According to school officials, the resource officer fired their weapon while as they were responding to a disturbance in the parking lot at Lithonia High School.

DEKALB COUNTY, Ga. - Two men are in custody following a shooting Thursday at Lithonia High School, according to the Georgia Bureau of Investigation.

It happened around 3 p.m. on Lithonia High's campus, but outside the school building.

According to investigators, school staff observed two men who were not students on the campus of the high school. The men were asked by staff multiple times to leave the campus. While the two men were sitting in a vehicle, a DeKalb County School Resources Officer approached the vehicle. The driver reversed the vehicle from the parking space, striking several vehicles in the process. The driver then drove the vehicle toward the officer. The officer fired his duty weapon at the man’s vehicle. The driver drove around the parking lot, not far from the initial shooting location and stopped. The officer approached the vehicle and took the driver into custody.  A DeKalb County police officer arrived and assisted with taking the passenger of the vehicle into custody. 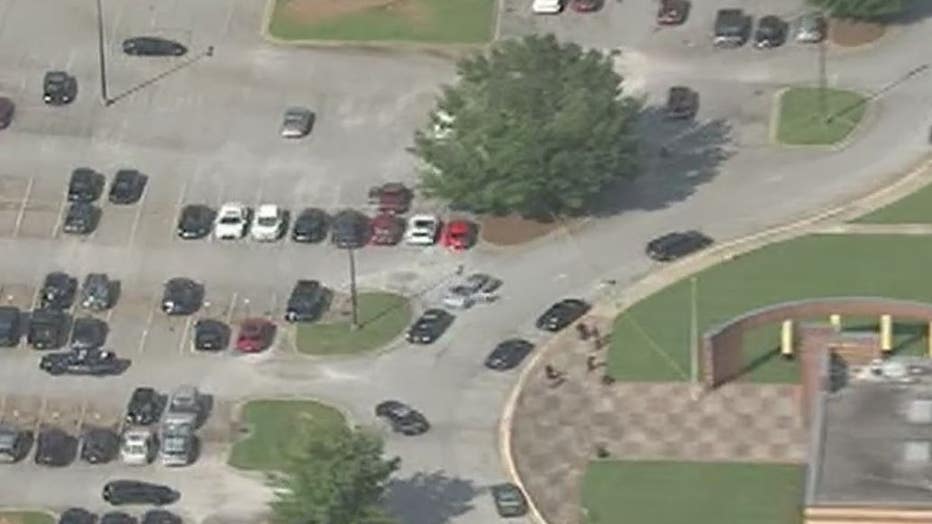 One man was treated at the scene by EMS for non-life threatening injuries.  A firearm was located inside of the vehicle.

No officers were injured during the incident.  At this time, there are no known injuries to any of the witnesses in the vehicles that were hit by the man’s vehicle.

The GBI says the two men involved in the incident will be identified later.  Charges are expected.