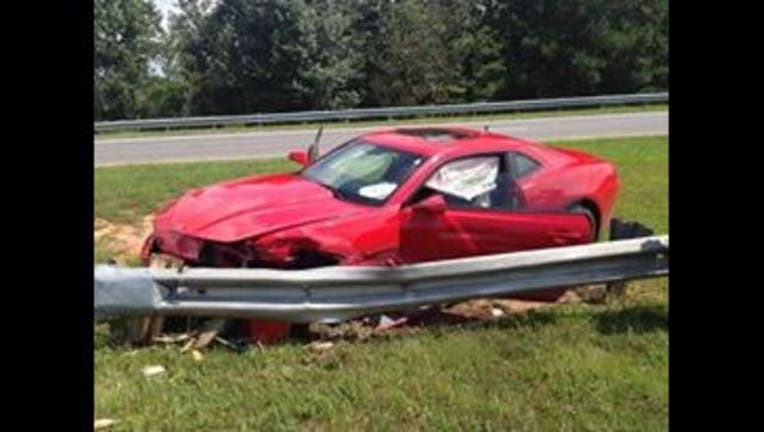 PEACHTREE CITY - Officials say charges are pending against a 17-year-old from Riverdale after he crashed a stolen car in Peachtree City.

The victims told police the suspect was driving a black Dodge Charger.

The department received a stolen car report from Robs BP on Hwy 54 in Peachtree City.

The stolen vehicle was reported as a Red Chevy Camaro.

A Peachtree City officer spotted the stolen vehicle being followed by a black Dodge Charger in the area of Hwy 74 and Peachtree Parkway.

The stolen vehicle fled and a vehicle pursuit ensued.

The suspect attempted to avoid stop sticks placed out by the Fayette County Sheriff's deputies and crashed into a guardrail.

The suspect fled and was arrested behind the Publix on Hwy 74 in Tyrone.

He is currently being treated at a local hospital and will be transported to the Fayette County Jail.

Charges are pending and the investigation will continue.

If you have any information on this incident, please call 770-487-8866 or use the anonymous TipSoft line.