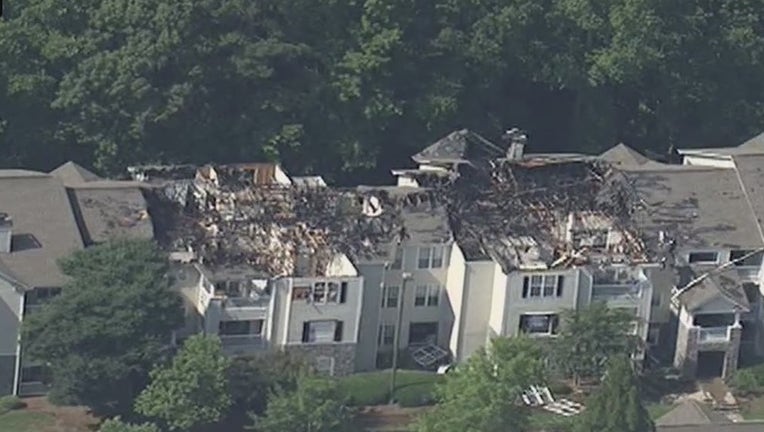 MILTON, Ga. - A spokesperson for Georgia Red Cross said a fire left about 30 families displaced by a blaze at an apartment complex.

A fire at IMT Deerfield Apartments, at 12215 Deer Trail in Milton, destroyed an entire building with 28 units.

Milton's Fire Marshal is investigating, a department spokesperson said, but initial details indicate the source of the fire was a lightning strike.

Officials said the fire sparked immediately after a strong thunderstorm rolled through the area.

One firefighter who experienced a heat-related emergency was treated on-scene but there were no other injuries, officials said.

Investigators believe the fire may have originated in the attic space based on the heavy fire damage in that area. Flames went roof and most of the damage was above the first floor, officials aid.

Georgia Red Cross volunteers are providing assistance to about 49 people, a spokesperson said.

Caseworkers will continue to work with the families in the days ahead to help them get back on their feet and begin the recovery process.

Milton fire officials said Tuesday's fire occurred a week after the anniversary of a lightning-sparked blaze across the street in the same apartment complex, displacing about 40 residents, though no one suffered injuries.