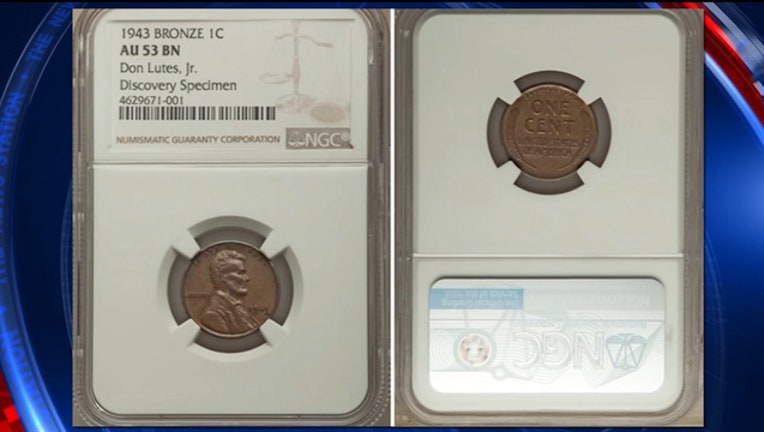 Heritage Auctions says more than 30 people bid on the rare coin Thursday night. Only 10 to 15 of these pennies, mistakenly minted in bronze instead of steel, are believed to exist. They were made at a time when bronze and copper were being saved to fill metal shortages during World War II.

The auction house says Don Lutes, of Pittsfield, Massachusetts, found the penny in his pocket as a teenager in 1947 after getting some change at his high school cafeteria, and held onto it ever since.

Lutes died in September. He directed all proceeds from the sale to be donated to the Berkshire Athenaeum at the public library in Pittsfield.

This version has been corrected to show penny was mistakenly minted in bronze, rather than in copper.