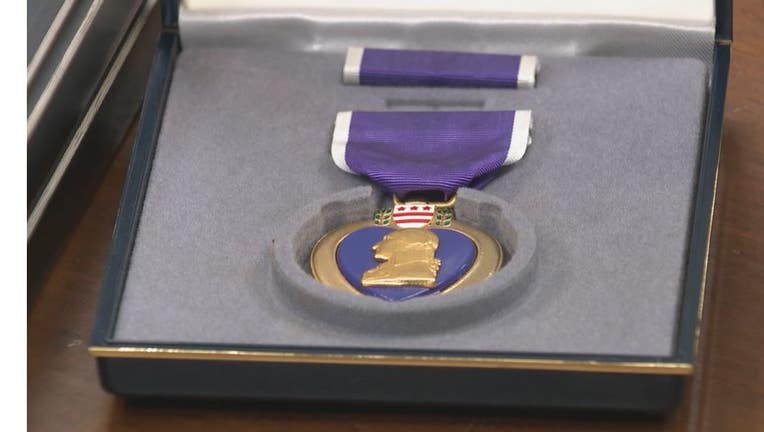 A Vietnam veteran is back in possession of his Purple Heart after it was stolen from him nearly 40 years ago during a burglary.

"It said that somebody had found my Purple Heart," Gus Allbritton, 71, recounted about a message that was left for him at the Carl Vinson VA Medical Center in Georgia. "And there was a phone number in Florida for a man named Jamie Bath."

Allbritton is a Vietnam veteran who was deployed with the 173rd Infantry Regiment from 1969-1970. He was wounded three times during the war: when he was shot in the shoulder by an AK-47, when he was shot in the groin, legs and feet, and also when a rocket-propelled grenade was launched into his bunker, Stars and Stripes reported. He was subsequently awarded three Purple Hearts, two of which he gave to his children, and another he held onto.

In 1983, while he was working as a sheriff’s deputy in Florida, he was the victim of a burglary. He had stored the Purple Heart for safekeeping in a heavy bottle that also contained coins, pocket knives and other valuables.

His house was ransacked during the burglary, and the bottle containing the medal was taken.

"When I saw that the water bottle – and everything in it – had been stolen, I figured that was it, I'd never see it again," Allbritton recounted. "I reported it missing, but I knew the odds were slim to none that I'd ever get it back."

Decades later, an estate sale specialist in Florida named Jaime Bath said he picked up the medal at a yard sale for $2.

Bath noticed an inscription on the medal, reading, "For Military Merit – Gus A. Allbritton."

"It was a war medal, and I knew it must mean a lot to the person who'd earned it," Bath said. "Giving it back was the right thing to do."

Bath tracked Allbritton down at the local VA, where the Vietnam vet volunteers, after a Google search and said he wanted to get the medal back to him.

"I couldn't believe it. How did something as small as that medal turn up after 38 years?" Allbritton said.

"When Jamie called and said he'd like to mail me back my medal, I gave him my address. And sure enough, it arrived just a few days later in a little box. It's a very humanitarian thing he did."