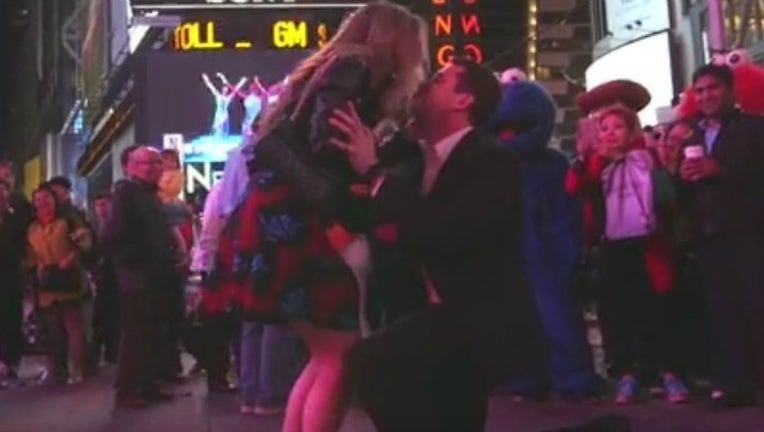 Earlier this week, Hall brought Pagano to Times Square to watch a promotion video for the company where she works.

As they watched the digital billboard, instead of seeing her company’s promotion, a video appeared showing a story about their relationship.

Hall appeared at the end with a sign “Marry me?”

Hall then dropped to a knee with the ring. Pagano, shocked with excitement, said yes!

The video of the epic proposal quickly went viral.