WASHINGTON COUNTY, Wis. - When someone stole Tim Place's political sign from his Washington Township yard, he got a replacement sign from an unlikely source.

The gesture brought two people from different sides of the political spectrum closer together, as the race to the White House intensifies for candidates and voters alike.

Place is a supporter of Joe Biden in the 2020 presidential election.

"You look around the neighborhood, I think there’s one other Biden sign," Place said.

In an area where few other yards have signs that look like his, Place's yard sign for Biden didn't last very long. 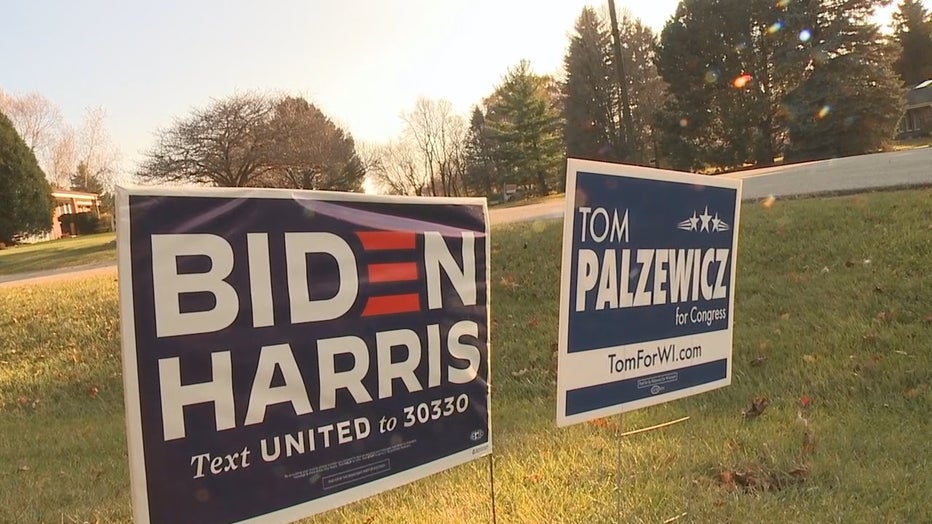 "We need to be more civil with each other," said Place. "We noticed one day that the Biden sign is gone."

A few days after the sign was stolen, Place received a gift from a neighbor -- a new Biden campaign sign from a man who supports President Donald Trump.

Washington County Executive Josh Schoemann, a supporter of the president, lives several doors down. There, he displays his own political sign in support of President Trump. 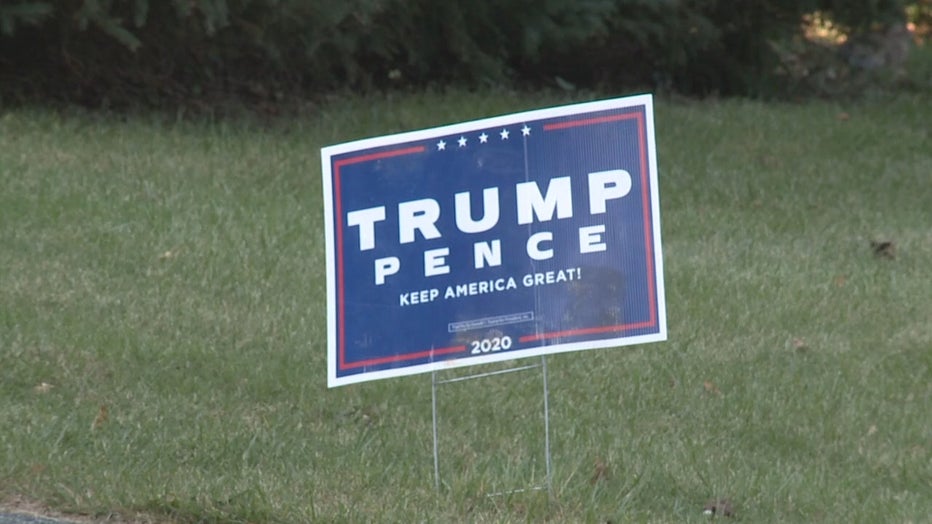 "l thought, 'that’s just not right,'" Schoemann said. "Although we are Trump supporters, we love our neighbors and want them to be able to exercise their freedom of speech just like everybody else.

"I decided to take my son and go and replace their sign."

The gesture brought the neighbors together for the first time, sharing a moment as they met.

"I was very appreciative and said thank you, and said it’s amazing, in these times, you could do something like that," Place said. 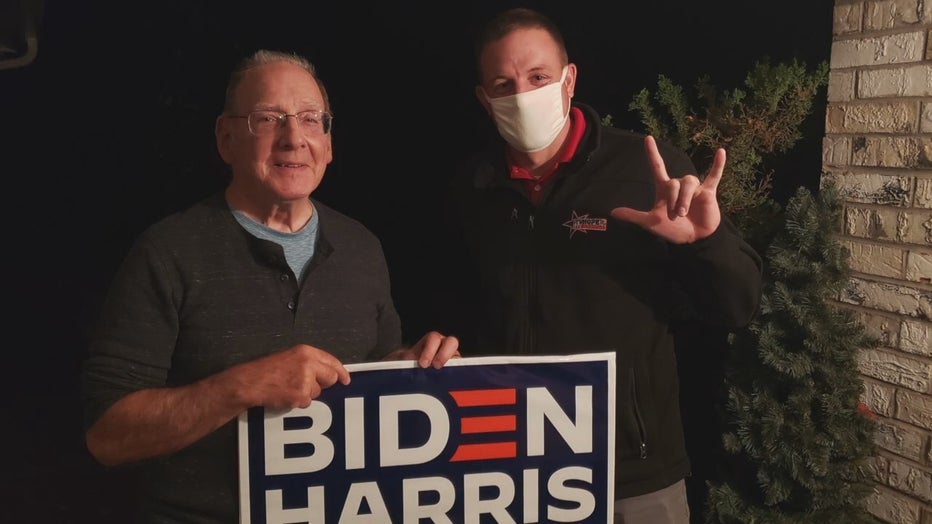 "They actually said we would do the same for you, thanks for doing that," said Schoemann.

The two found unity through an unlikely item -- a sign, they say, that stands for more than politics.

"It was just heartwarming that neighbors even in the midst of a very contentious campaign can still treat each other with love and respect," Schoemann said.

Schoemann said Republicans make up more than 90% of Washington County.

Place said he has no idea what happened to his original sign, but he and his neighbor said they are glad that they were able to make something positive out of it.