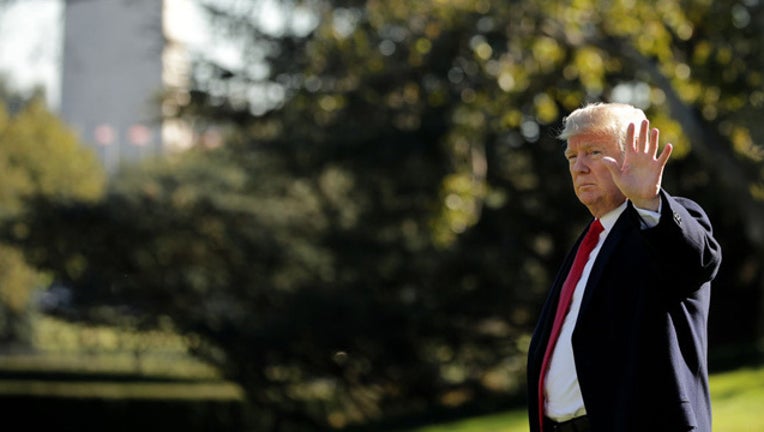 President Donald Trump waves to journalists as he walks across the South Lawn before boarding Marine One and departing the White House Oct. 18, 2018 in Washington, DC. (Photo by Chip Somodevilla/Getty Images)

HOUSTON (FOX 26 / AP) - Based on overwhelming demand for tickets to the Make America Great Again rally hosted by President Donald Trump in support of GOP candidates, the event will be moved from NRG Arena to Toyota Center.

President Donald Trump's rally in Houston with U.S. Sen. Ted Cruz and other top Republicans is moving to a larger venue, though it's still not the biggest stadium in Texas.

President Trump's campaign manager Brad Parscale posted on Twitter on Thursday that the event would now be held at the 19,000-seat Toyota Center, home of the Houston Rockets.

It had been scheduled for the 8,000-seat NRG Arena, but Pascale's tweet said that ticket demand "has been HUGE and unprecedented!"

The president tweeted in August that he was coming to Texas to campaign for Cruz amid his re-election battle with Democrat Beto O'Rourke, and was looking for the largest stadium.

The Dallas Cowboys' AT&T Stadium seats 80,000, and Texas A&M's Kyle Field is even larger. Gov. Greg Abbott is among other Republicans speaking at the event.