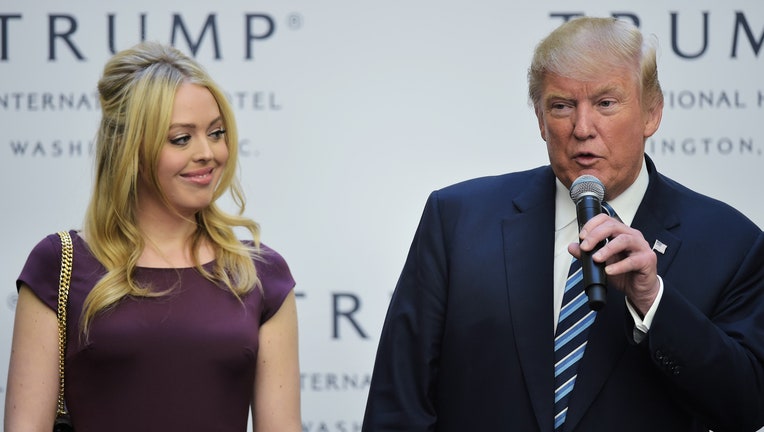 WASHINGTON - President Donald Trump is celebrating a new addition to his immediate family: a lawyer.

“Just what I need is a lawyer in the family. Proud of you Tiff!” Trump said Wednesday in a congratulatory tweet. Tiffany, 26, is Trump’s daughter with his second ex-wife, actress Marla Maples.

Tiffany Trump had to give up the traditional commencement ceremony after schools shut down and shifted to an online instruction because of the coronavirus outbreak.

Georgetown honored its Class of 2020 with weekend video tributes and a virtual ceremony during which degrees were conferred, according to its website.

Tiffany Trump is the first lawyer among the president’s five children. Her older siblings — Donald Jr., Ivanka, and Eric — followed their father into the world of business.

Don Jr. and Ivanka are graduates of their father’s alma mater, the Wharton School of Business at the University of Pennsylvania. Eric is a Georgetown graduate.

Don Jr. and Eric stepped in to run the Trump Organization, the family business, after their father became president, while Ivanka serves him as a White House adviser.

Barron Trump, the president’s fifth child, is 14 and enrolled at a private school in Maryland. His mother is first lady Melania Trump.