Biden to visit Atlanta next Tuesday

President-elect Joe Biden is set to visit Atlanta next Tuesday to campaign for Jon Ossoff and Raphael Warnock.

ATLANTA - President-elect Joe Biden will campaign in Atlanta on Tuesday for Senate candidates Jon Ossoff and Raphael Warnock to rally Democrats ahead of Jan. 5 runoffs to determine control of the U.S. Senate.

The event coincides with the first week of early voting in the twin contests – and comes a day after presidential electors in Georgia and other states formally cast their votes to make Biden the next president.

Details of the Atlanta rally have yet to be announced. 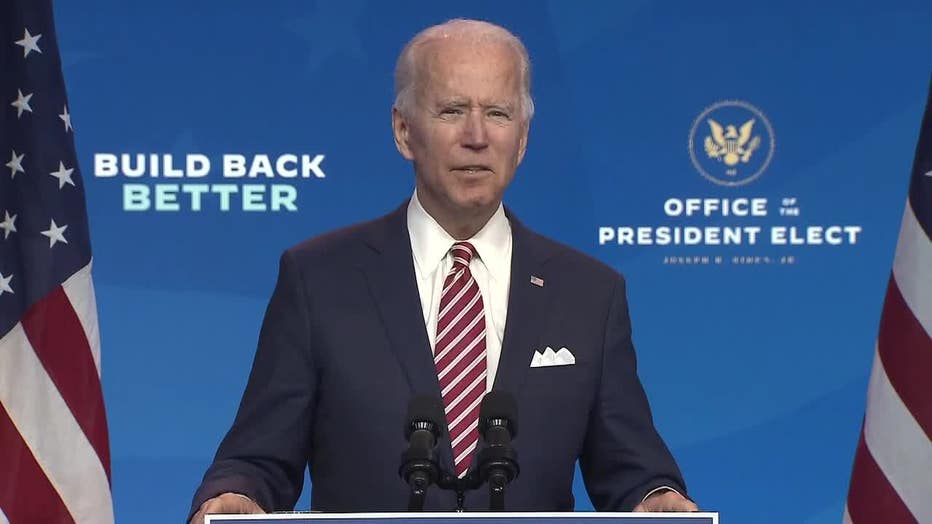 Trump has continued to push his so-far unpropagated claims of election fraud, prompting some Republicans to discourage Georgians from casting their ballots in the runoffs.

Ossoff and Warnock are trying to recreate the formula that helped Biden narrowly capture Georgia, making him the first Democratic White House hopeful to carry the state since 1992. They’re betting that Biden’s return – he stumped in Georgia a week before the election – will re-energize the base.

Ossoff, who owns an investigative journalism firm, and Warnock, the pastor of Atlanta’s Ebenezer Baptist Church, are running as a joint ticket. Republicans will have a 50-48 edge in the U.S. Senate in January, so Democrats must sweep both seats to hold the tie-breaking vote for control of the chamber.