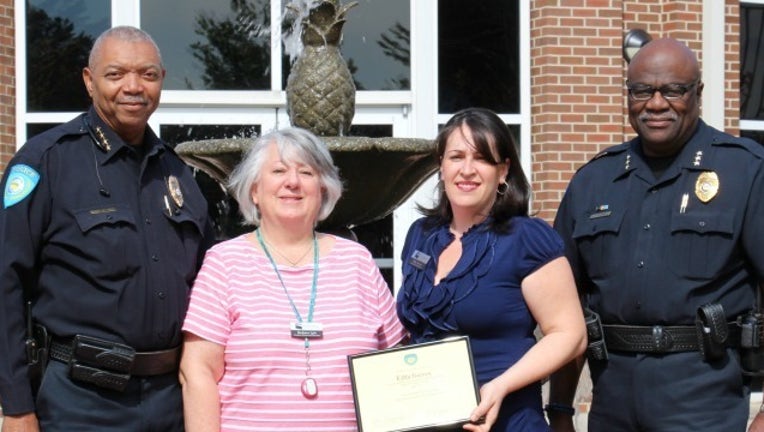 Eilla Torres works as a financial administrator at Chattahoochee Technical College in Marietta. She was on campus when her coworker, Barbara Lyle, began choking.

Lyle said she had been snacking on crackers in her office when one got lodged in the back of her throat. She tried to cough it up, but found herself unable to breathe.

The school said Lyle walked over to Torres' office with her hands around her neck.

“She was just standing there. Her lips began to turn blue and that’s when I realized that she couldn’t breathe,” Torres said.

Torres, who is CPR certified, jumped into action. She told Lyle to place her hands above her head and after a few upward thrusts the object was forced out, according to Chattahoochee Tech.

"It was a moment neither Lyle nor Torres will ever forget," the school said.

Lyle said she was incredibly thankful Torres was there to help out.

"She saved my life," Lyle said.