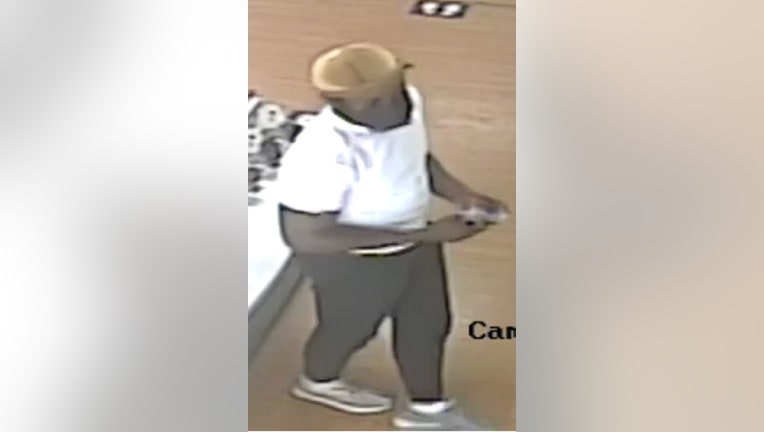 The Gwinnett Police Department is working to identify a man who stole three phones from a Metro by T-Mobile retail store.

GWINNETT COUNTY, Ga. - Police in Gwinnett County are working to identify a man they said stole three phones from a Metro by T-Moble store in Norcross.

Police said the man is about 5-foot-8 to 6 feet tall and between 160 and 180 pounds. He has black hair and brown eyes, police said.

Investigators said the suspect entered the store on 5860 Jimmy Carter Boulevard to answer a robbery call.

The man acted as if he was shopping for a phone, police said, and an employee showed him various phones and accessories.

Police said the man ran out of the store with three iPhones when the employee turned their back.

He drove off in a black Lincoln SUV. Detectives are asking anyone with information on the suspect to contact them at 770-513-5300 or leave a tip with Crime Stoppers at 404-577-TIPS(8477) or visit www.stopcrimeATL.com.