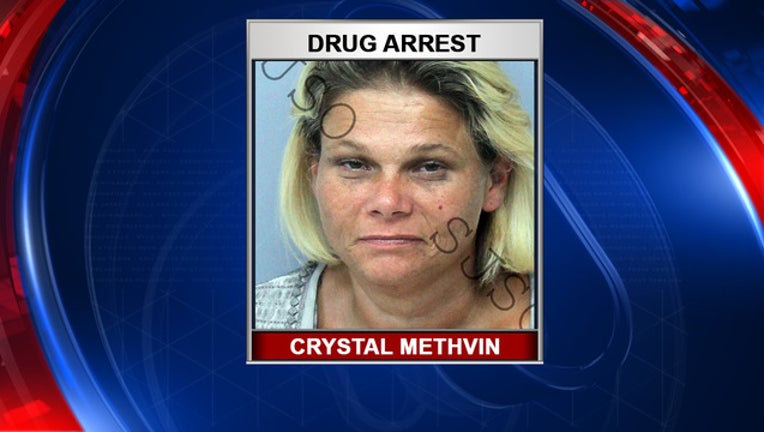 ST. AUGUSTINE (FOX 13) - A Florida woman is behind bars on drug charges, but it’s her name that’s getting national attention.

According to WJXT-TV in Jacksonville, police in St. Augustine say an anonymous call led them to a car parked in a lot on South Dixie Highway.  A search of the car allegedly turned up drug paraphernalia and a substance that field-tested positive for crystal meth.

Methvin, 40, was among two people arrested for drug possession.

As of Wednesday, jail records showed she was still being held on $5,000 bond.