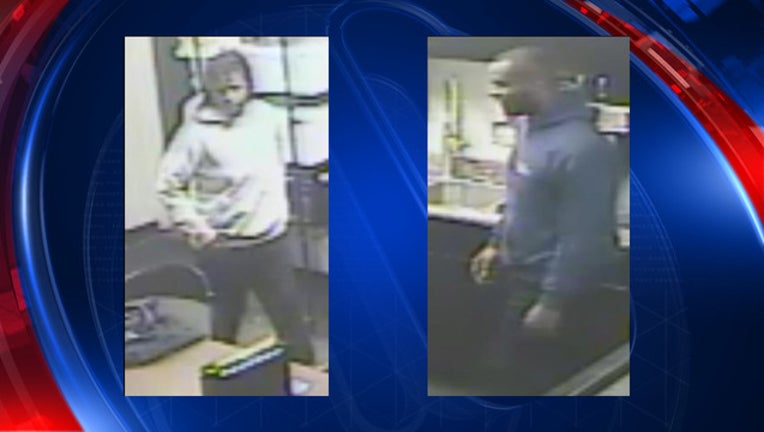 According to officials, on April 15 two suspects walked in the rear warehouse door of the Illing Packing Company, which is located on the 2200 block of Button Gwinnett Drive in unincorporated Doraville.

Surveillance footage shows the unidentified man and woman go to the break room and steal a purse and backpack from one of the employees before leaving in an SUV.

Police described the male suspect as being around 25 to 35 years old who wore blue hoodie with “Fed Ex” on the back and dark colored pants. The woman was also between 25 and 35 years old with hair twists, a light colored hoodie, and dark pants. Investigators believe both suspects were familiar with the company's premises.

The vehicle involved in the crime appeared to be a mid-2000's SUV that was possibly a Lincoln Navigator or Ford Expedition.