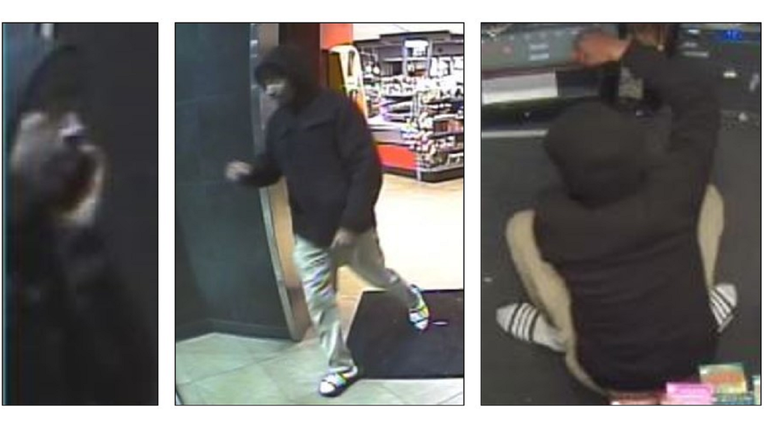 It happened at the QuikTrip located at 5065 Stone Mountain Highway just after 3 a.m. on Dec. 27, 2019. Gwinnett County investigators said store surveillance video shows the slipper thief hanging out in the store for about 20 minutes before slipped under the security gate at, fiddling with the safe and cash register, removing cash from each, and then jumping back over the gate. Investigators said the man then fled the scene.

Investigators believe because of the knowledge the crook had of the store, its layout, and was able to not trip the alarm, it could be a former QT employee. In addition, the man was wearing similar khaki pants to those worn by employees.

Anyone with information or who recognizes the man is asked to call Crime Stoppers at 404-577-TIPS (8477). Tipsters could be eligible for a cash reward and may remain anonymous.