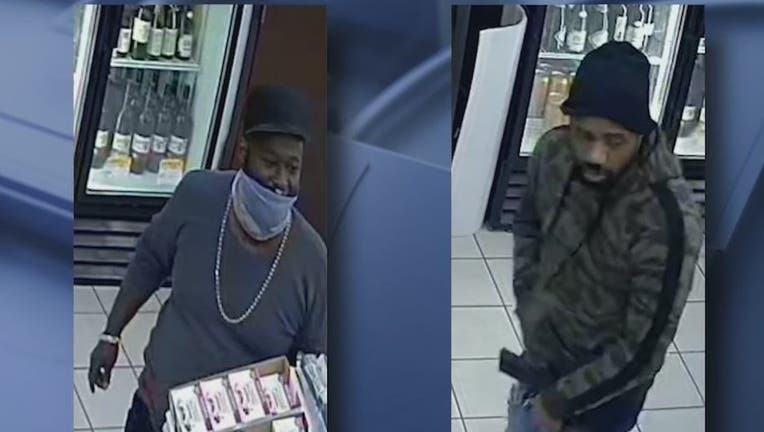 ATLANTA - Police have released images of two men wanted in a deadly shooting at a Chevron gas station on Flat Shoals Road over the weekend.

Both men were rushed to an area hospital, where one of the men, later identified as Kemontae Wheeler, died. The other man, whose name has not been released, remained in critical condition as of Monday afternoon.

Police released surveillance images of two men wanted in connection to the incident.