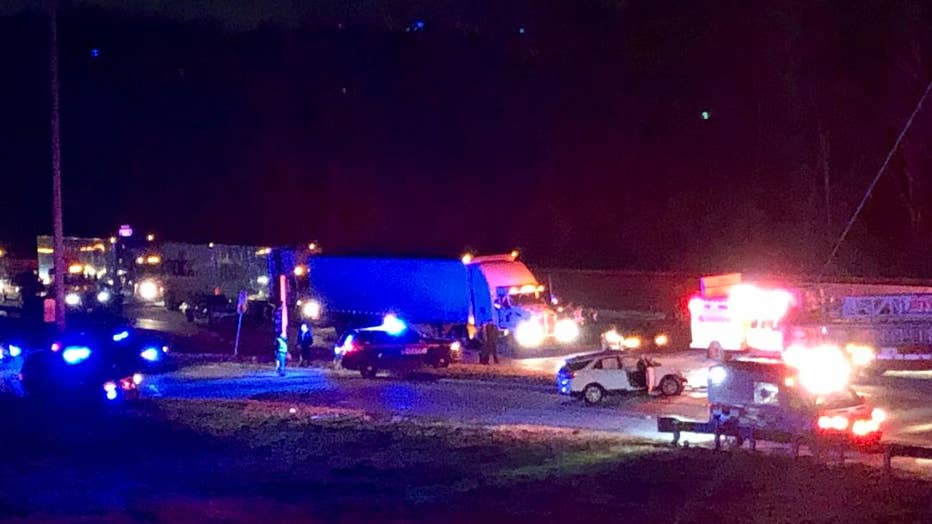 Atlanta police said around midnight a man driving a Honda north in the southbound lanes of Interstate 285 struck a Chevy head-on near Bolton Road. Both adult male drivers were pronounced dead at the scene.

At about the same time, Atlanta police were called to an accident on the Downtown Connector. Officers discovered a motorist in an SUV stopped on the highway under the 17th Street bridge in the southbound lanes. According to police, the man got out of his car, then was struck and killed by another car.

Several other cars were also involved in the accident and three people were transported to the hospital with leg injuries in stable condition.

Police do not know why the motorist got out of his vehicle. The Downtown Connector reopened just before 4 a.m.