"It's not that we think she assaulted the child, but we believe she could have done more to help the child get the medical attention he needed," said Floyd County Police spokesman Jerome Poole.

The arrest comes more than a week after her boyfriend, 38-year-old Hasan Rashad, was charged with felony murder. Investigators said Mitchell was savagely beaten by Rashad. Investigators said he was supposed to be caring for the toddler in the couple's home on Dodd Street while his mother was at work. According to Rashad's arrest warrant, Adrian's 6-year-old sister witnessed the brutal assault.

"The child had several broken bones and bruises and other internal injuries. Some of the injuries appeared to be fresh and others appear to be from previous incidents," Poole told FOX 5's Portia Bruner.

Floyd County Police said after Rashad's arrest, investigators concluded Dean could have done more to save her child. According to Dean's arrest warrants, the 28-year-old mother knew her son needed medical attention for several hours, but waited until Adrian was unresponsive to get him the help he needed.

Rome Police officers launched their own investigation in October when defects officials reported Adrian has been taken to Floyd Medical Center with a broken leg. Rome Police said that investigation is still open, but confirm no one was arrested.

"It looked suspicious enough for DFCS officials to contact us, but it's not clear if Rashad had anything to do with that situation or not," said Rome Police Captain Roy Willingham.

The boy's father, Adrian Mitchell, Sr., spoke to Bruner after Rashad's April 13 arrest. He said he suspected Dean could have done more to protect the toddler and said he had hoped she would be arrested soon. 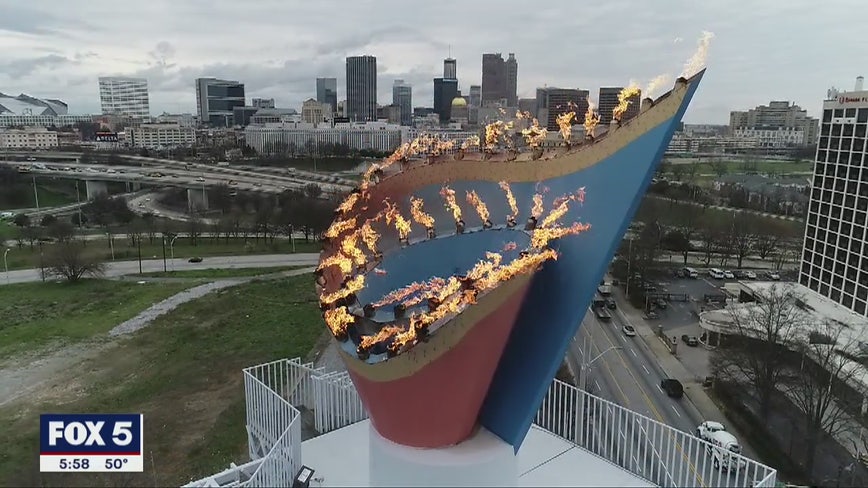