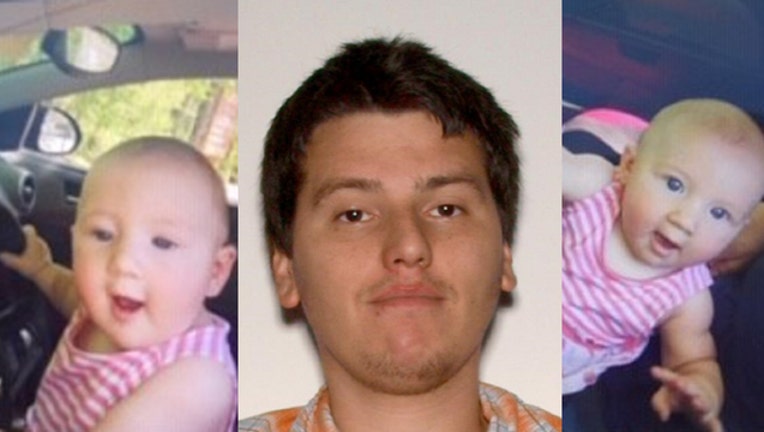 ATHENS, Ga. (FOX 5 Atlanta) - Police say a missing 7-month-old Athens girl is safe and sound and a suspect is in custody after an overnight search.

Sarah is described by police as weighing about 20 pounds, with blue eyes and short light brown hair. She was last seen wearing a pink dress with strawberries and stripes.

Steven Jay Grossman is described by police as being 6'1" tall, weighing about 180 to 200 pounds, with brown eyes, and black hair. He has a tattoo reading "Lindsey" on his left forearm. He was last seen wearing a black T-shirt with lettering reading "Groot" on the front, black Dickie shorts, and black boots.

Police said they believed he may be driving a dark gray 2015 Chevrolet Sonic with Cobb County, Georgia tag CCS7701. The car has minimal damage to rear passenger bumper, a Georgia emblem on the front of hood, possibly Unicoi State Park pass on the rearview mirror, and a blue parking pass to the College Glen Condos laid on the front dash.

At 3:30 Wednesday morning, police canceled their alert, saying that Sarah had been found safe and that Grossman was in custody.

The relationship between the two as well as the circumstances surrounding the young girl's disappearance have not been confirmed by police.