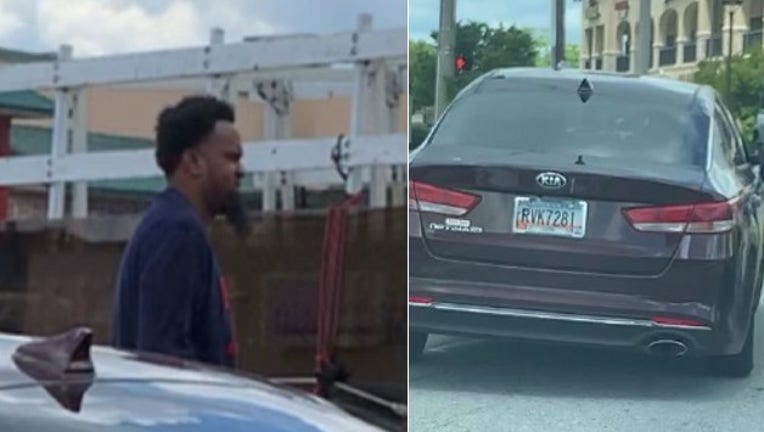 ATLANTA - Gwinnett County police are asking the public to help them identify a man suspected of stealing a large amount of money in a vehicle break-in.

Police say on Friday around noon, the victim in the crime made a large withdrawal of cash from a bank on Jimmy Carter Boulevard in unincorporated Norcross.

After the withdrawal, the man visited a doctor's office, but while at the doctor's police say someone broke into the man's vehicle and stole all the cash.

A nearby witness took photos of the suspect and the suspect's getaway vehicle, police said.

The suspect is described as being a man with a long beard. He was wearing a blue long-sleeved shirt with red writing on it.

The suspect was driving a maroon 2018 Kia Optima with the Georgia license plate RVK7281.