Police are searching for a man they say broke into an Atlanta restaurant on Christmas day and made off with several bottles of liquor.

ATLANTA - Police need help identifying a man accused of burglarizing several businesses over the holidays. On Christmas Day, police said a man broke into Whiskey Bird along N. Highland Avenue. Investigators said he used rocks to break into the building before stealing several bottles of alcohol. Police said he also broke into Bread and Butterfly in Inman Park and Mix'dUp Burgers in East Lake. 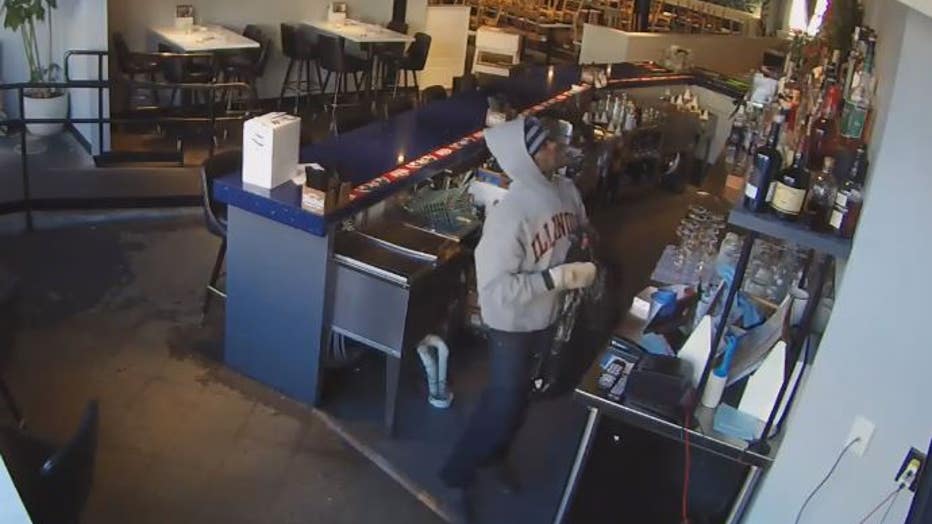 Hundreds of dollars in whiskeys and other liquors now gone--the restaurant left footing the bill.

"We're worried that if he's not caught, he'll break into more businesses and maybe even a home and we don't want it to escalate to that," said Officer Anthony Grant, Atlanta Police Department.

This local business says they just hope someone recognizes the man in the "Illinois" sweatshirt before anyone else gets hit by this bold crook.

"It's not just the financial, because that sucks, but it's the violation of our personal space because this is home, this is our home," said Devisser.

Authorities have released a surveillance video of the suspected burglar at Whiskey Bird. In the video, the black male suspect was wearing a grey "Illinois" hoodie and white gloves.

Anyone with information is asked to call Crime Stoppers Atlanta at 404-577-8477. There is a reward for information leading to an arrest.