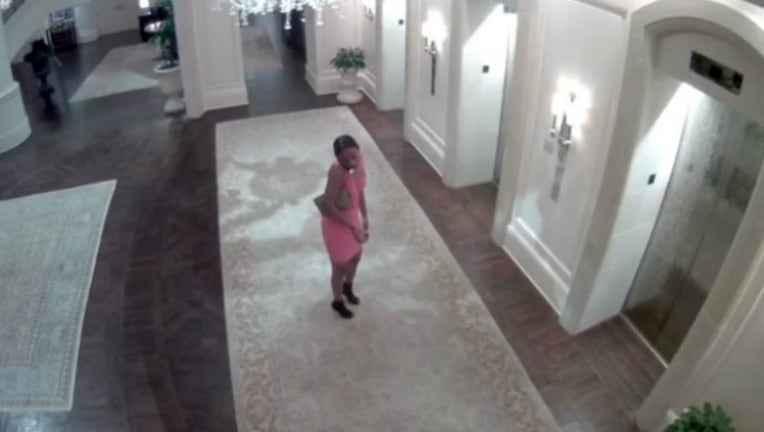 ATLANTA - Police are searching for several suspects after a robbery at an upscale hotel in Buckhead.

Atlanta Police were called to the St. Regis Hotel on West Paces Ferry Road shortly before 3:30 a.m. last Friday. The victim told officers he and a friend met two women at the hotel's bar before the robbery took place.

The victim told police there was a man in all black wearing a gray ski mask in his room, holding a silver handgun. The man demanded the victim's watch.

The victim believed at least one of the women were involved with the robbery.

Police are searching for a man who's about 6'3" with a slim build, and a woman who was wearing a pink dress and black shoes.

On Wednesday, Atlanta Police released surveillance video from the hotel in hopes of someone recognizing the suspected robbers.