Police searching for gunman after shots fired during protest

Demonstrators at the protest also want police to arrest a man they say intentionally drove into a protester.

The confrontation, which led to gunfire, happened near the intersection of Ponce de Leon Avenue and Boulevard Avenue around 7:55 p.m.

Police said the motorist was trying to drive away from the scene when it happened.

Several witnesses told FOX 5 they have sent video and images of the incident to the police that tell a slightly different story. 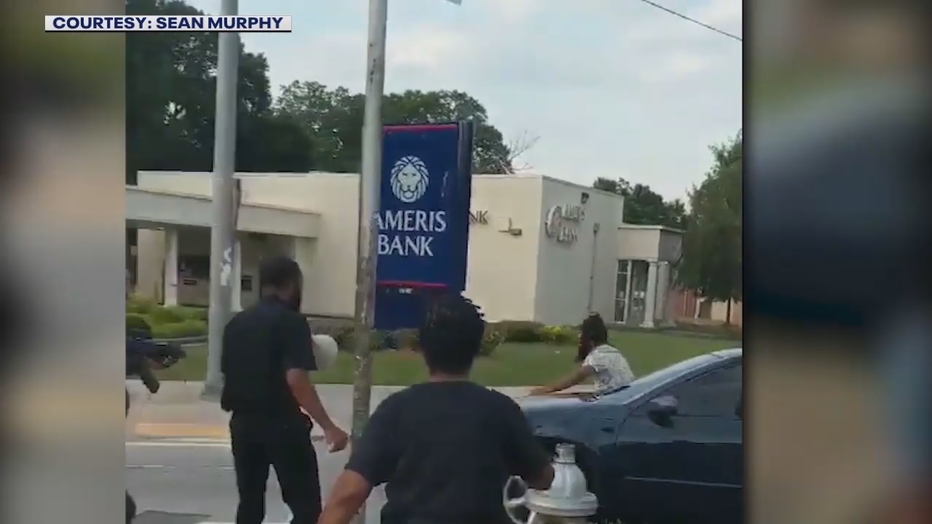 "We have witnesses and other people out there that show he was the agitator," protester Jasmine Keith explained.

FOX 5 spoke with several protesters who said the driver incited the violence.

"He couldn't have felt threatened because he got out of his car first, brandishing that he had a 40 Glock on his right side, on his hip and grabbing a rifle was just preposterous," said John Wade, who joined the group to honor George Floyd.

According to investigators, the 31-year-old driver felt threatened by the demonstrators, some of whom were armed, and removed a rifle from his trunk.

Based on the video, it appears the gunfire happened after the driver hit a protester and drove off.

"I would say to the guy, turn yourself in, tell the true story," Keith explained.

Keith said they were blocking the intersection for 8 minutes and 46 seconds. 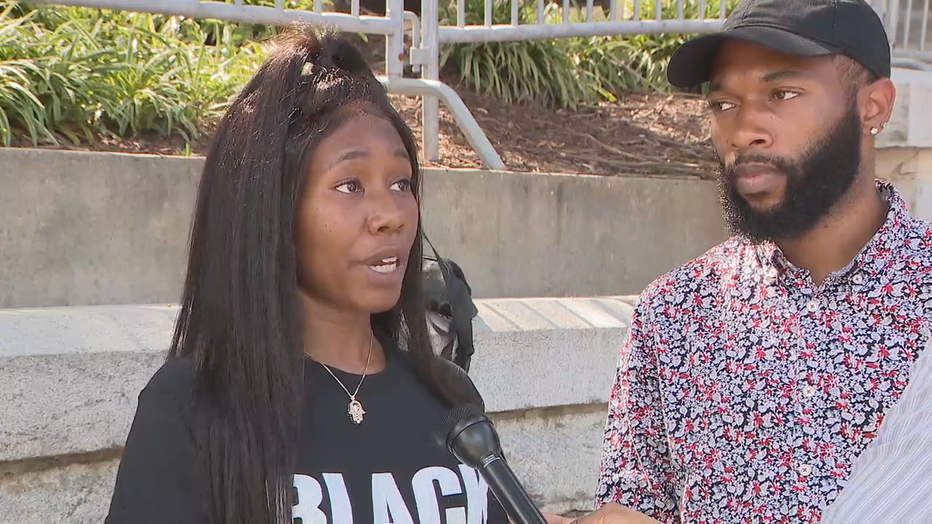 "Our message is we want to be heard. So we figured if we come down out our 'hoods to where our politicians and the money stays - we block the traffic and inconvenience them that we would be heard," she detailed.

Police said the driver’s vehicle was damaged by gunfire.

We asked Keith to explain why the protester didn't let the driver pass.

"I think that the protester wanted to stand his ground to say that he wasn't going to be moved, that you weren't going to intimidate us and even if we are holding up traffic, that doesn't grant brandishing a  gun, an assault rifle to us. That's crazy," Keith said.

Officers detained an armed protester following the shooting but police do not believe he was involved. FOX 5 is still waiting to hear back from police on whether the driver will face any charges.