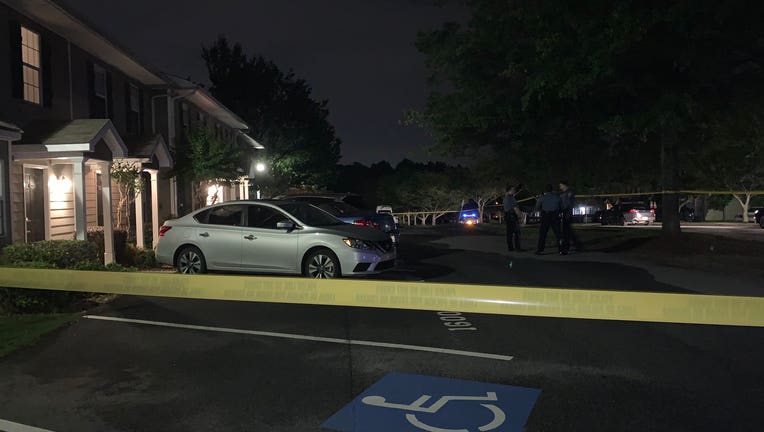 Police investigate a deadly shooting at an apartment complex located along Oah Loch Trace near Norcross on May 25, 2020. (Gwinnett)

GWINNETT COUNTY, Ga. - Police in Gwinnett County are searching for the person responsible for a shooting death at an apartment complex just outside of Norcross late Monday night.

It happened at an apartment complex located along Oah Loch Trace just off Steve Reynolds Blvd. Gwinnett County police said they arrived to find “one male victim.” The name and the victim’s age were not immediately known.

The GCPD Crime Scene unit spent the evening and overnight hours collecting evidence at the scene as homicide detectives and officers canvassed the area for witnesses and other potential clues.

Details on a suspect have not been released.