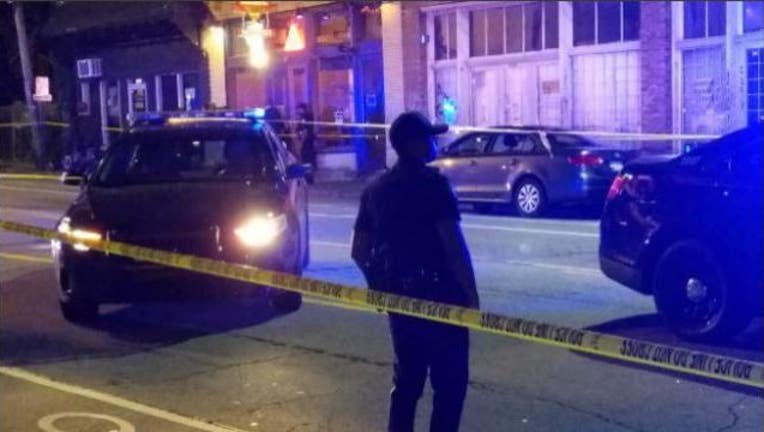 ATLANTA - Police have identified a man who was shot and killed after a bar fight late Tuesday night. The gunman remains at large.

Detectives told FOX 5 an argument broke out inside Mothers Bar & Kitchen in the 400 block of southeast Atlanta's Edgewood Avenue. The dispute spilled out onto the street and that's when shots were fired, according to police.

The adult male victim, identified as Alex Price, 25, fell a few doors down from the bar. Paramedics rushed the Decatur man to Grady Memorial Hospital, but he didn't survive.

Detectives talked to bar patrons as well as the management hoping to determine what caused the initial argument to break out. The motive remains unknown at this time.

Police said they don't have a good description of the suspect.

Anyone with information is asked to call the police.