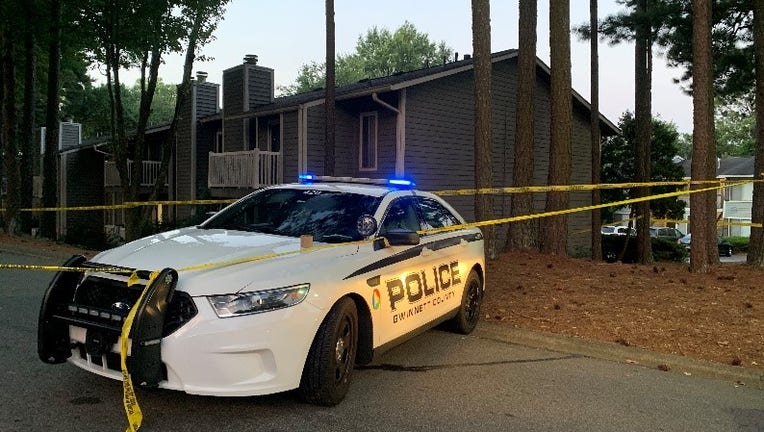 GWINNETT COUNTY, Ga. - Police are investigating the death of a man found outside an apartment complex in Gwinnett County Sunday morning.

According to Gwinnett County police, a Good Samaritan found the man outside the Paramont Apartments on the 4200 block of Pleasant Lake Village Lane on their way to work and called 911.

When officers arrived shortly after 5:30 a.m., they discovered Guzman had a "traumatic injury" to his torso.

Police told FOX 5 they are now investigating the death as a homicide.

Officials said Guzman got into some sort of altercation with three other men during a party at the apartments. The altercation eventually continued outside the apartment, where Guzman was stabbed several times, police said.

Three suspects were charged in connection to Guzman's murder.