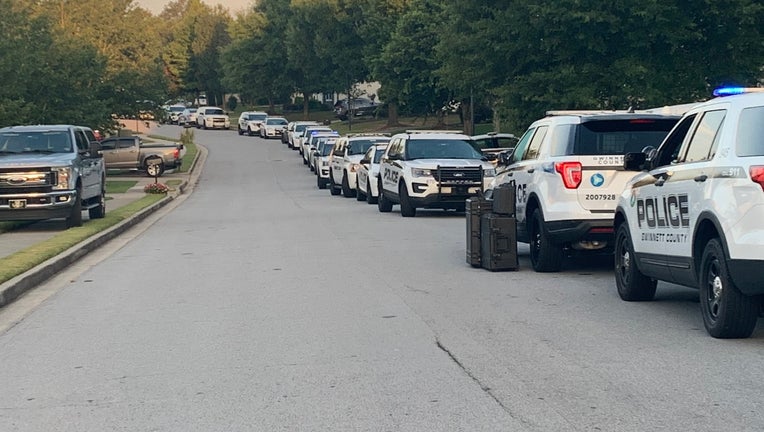 Officers say they were called to the 1600 block of Ivey Point Court around 8:30 Saturday night after reports of a dispute between a landlord and a tenant.

When they got to the scene, they met the tenant, who officials say had visible injuries.

Officers then tried to talk with the landlord, identified at 64-year-old Allan Moore, but officials say he barricaded himself inside the home.

During their attempts to speak with Moore, the officers learned that he had been diagnosed as schizophrenic and bipolar, was a former member of the New York Department of Corrections SWAT Team at Rikers Island, and owned a firearm.

Due to those facts, officials activated the Gwinnett County SWAT team around 10 p.m.

After around 9 hours of negotiations, Moore surrendered peacefully Sunday morning at 7:15.

"We are thankful that this situation was resolved peacefully, without injury, and thank the residents for their patience," Gwinnett County police said in a statement.

Moore is now in the Gwinnett County Detention Center charged with battery, obstruction of justice, and terroristic threats.