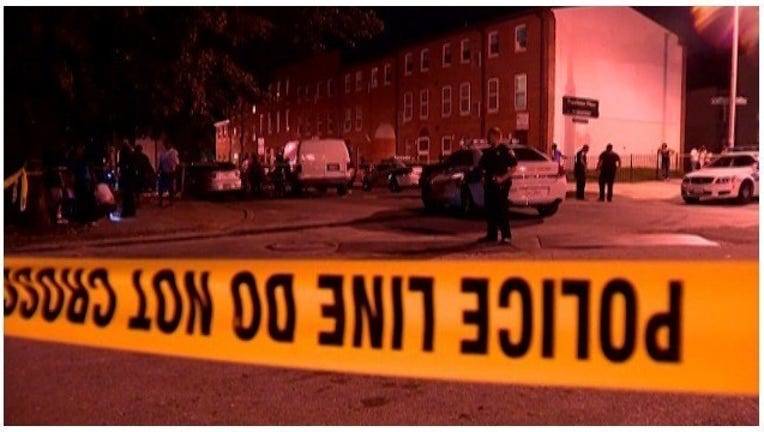 BALTIMORE (AP) - Gunmen got out of two vans and began firing at a group gathered on a corner Tuesday night, fatally shooting three people, police said.

The two gunmen shot a total of four people - one who was in stable condition - a few blocks from the urban campus of the University of Maryland, Baltimore, according to police.

The three deaths bring the homicide total for Baltimore for the year to at least 154, according to police news releases. That's an increase of more than 40 percent compared with the same time last year. Shootings have increased more than 80 percent. The city has seen a spike in violence since the April death of Freddie Gray after his arrest. The incident received widespread national attention and sparked unrest across Baltimore.

On Tuesday night, the two light-colored vans pulled to the side of the road and one person got out of each van and began firing, campus police said in a statement on the school's website.

Officers responded about 10:30 p.m. to the shooting, in a residential neighborhood in West Baltimore a few blocks from the campus, Detective Rashawn Strong said in a statement early Wednesday. They found three people with gunshot wounds. One male was pronounced dead at the scene, and another male and a female were taken to a hospital, where they died. The fourth victim sought treatment at a hospital for a gunshot wound to the buttocks.

There's no indication students were involved, said Alex Likowski, spokesman for the school, which focuses on graduate and professional education and enrolls about 6,000 students.

It was the second shooting in the block in a week, according to campus police. On Thursday, a passenger was injured when the rear window of a moving vehicle was shot.